A New Ray of Hope: How the Award transformed my life 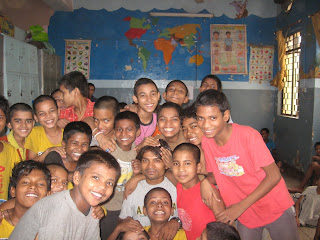 “I ran away from home when I was seven years old,” said the confident young man sitting before me with no remorse in his eyes. “For two days I walked on the streets with no food and water” he recalled. “Are we an orphanage that you bring riff raff to us?” snapped those on whose doors he went knocking. The helpful Samaritans guided him to Salaam Baalak Trust (SBT), an NGO in the bustling streets of Paharganj, near the New Delhi Railway Station. When I asked him if he was scared, he simply said, “Initially I felt trapped in such a big city. I ran away from home, like most children in our country do, because of poverty, to complete my education and to secure a livelihood. With my dream giving me courage, I had no room for fear.”

After the SBT harboured him, Sudhir began his academic journey, excelled in his classes, and experienced that warmth and camaraderie can exist without acknowledging social taboos. “All of us are equal here,” said Sudhir with pride in his voice. Introduced to the Award here, Sudhir started with the Bronze as he was unsure whether he could complete the Gold.

Sudhir believes that “Learning occurs in diverse environments that cannot be controlled by schools. The Award takes theoretical learning of the monotonous ‘talk and chalk method’ to practical learning recognized by physically doing the activity concerned. It is quicker to remember a concept by experience than memorizing it from textbooks.” For instance, you can read a survival guide to a jungle sitting in Delhi. However, the experience of trekking in the wilderness, breathing fresh air, inhaling the earthy smell of wet mud, and contemplating the after effects of getting lost is all very different!

He illustrates by talking about his adventure section, “I learnt some gruesome but effective methods to endure the hostile environment of the chaparrals (woody shrub areas). To hunt for food, one has to look at the kind of the animals and birds dominating the region. In case you have to kill a bird and are unable to catch it, always remember that a bird flies back to the same place from where it flew in the morning. You can stealthily wait in the evening shadows for the bird and then capture it. Similarly, if you have to attack a snake, never poke the prey with a stick, this alerts the reptile and he may strike you. Hold the snake by its neck tipping its head forward to avoid its bite and then hack the head off.” The camp guide demonstrated these life sustaining techniques with the help of dummies; an exposure so terribly exciting that it could never be compared to mugging from a book!”

His experience with the Bronze level boosted his interest in the Award Programme and he engaged himself to complete the Gold level. He picked up his skill that now forms his means of livelihood here. A black belt in Karate, today Sudhir teaches his younger SBT family members and at the YMCA, Delhi. “Both the Award and the SBT have helped me stand on my own two feet.” Playing football as a physical recreation allowed me to be an experienced team player.

“I had read somewhere that dreams are made of the impossible. As soon as one dream becomes possible, it shakes the structure and creates a domino effect, preparing the ground for making other impossible possible. I never thought about teaching children or finishing my education. Had it not been for the Award I would never have become proficient in the Karate (my skill) and my future would have been uncertain,” says Sudhir suddenly misty eyed. He continues to make a point, “ For most students attending to plush schools the Award is just another certificate of scribbled New Times Roman sentences, locked away in steel almirahs only to be remembered during a job interview but for me it is a manifestation of how hard work, persistence and commitment can become a weapon of sustaining myself.”

Today, Sudhir Yadav, a karate Coach and a tourist guide, passed his 1st year BA examination with flying colours. Recently invited to represent the Award from India at the World Fellowship Dinner at the Buckingham Palace, London Sudhir is another great Ambassador of the Award Programme. Although, he was unable to attend the Dinner due to technical glitches, his story was told by the sponsor of the evening, Mr Paul Green, President of the Halcyon Gallery; and his experiences and achievements touched and impressed everyone in the room.