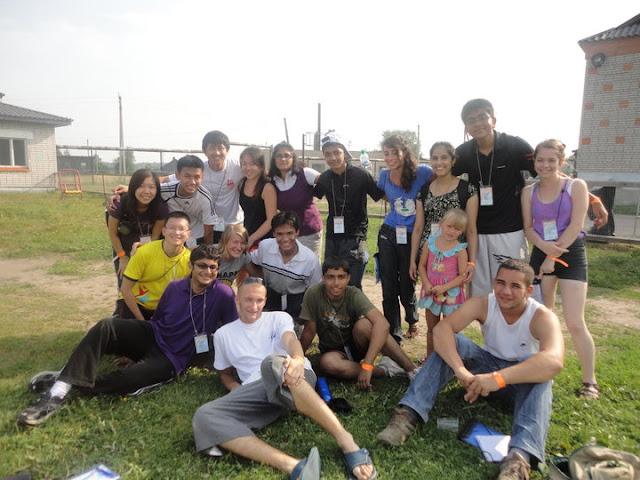 The International Award for Young People, Karelia organised a youth camp from 3rd August to 9th August in the Republic of Karelia, Russia involving delegates from different countries namely , , , , , and the other CIS countries of .


Some of the participants share their experience.
Says Divyansh Jain: "I had always actively participated in IAYP trekking programmes and was qualifying for my silver medal. My teacher came and told me about this camp "Beginning of Trust" which was to be held in the Republic of Karelia, Russia. Me and my friends were in for it from day 1. This camp was a totally new experience for us. It was organised by the people of Kujtezha village near . There were about 120 participant from 6 countries(, , , , and ). In the camp we took part in various number of activities. There were various workshops like Dancing, Singing, Apiculture, Fishing, Doll Making, etc. in which everybody took part with full enthusiasm. We had to provide them with special services like cleaning river banks, roads, school, making fence, painting windows and fence, etc. There were many lessons on trust that had an everlasting impact on us and taught us to trust others in order to be trusted. There was a trek to the neighbouring village Bolsha Shelga, where we learnt about local Russian culture, dance, music, lifestyle, etc. We had a special programme in which the delegates from each country had to give a presentation on their own countries. This enabled everybody to learn about each-other. We had a special dance night in which everybody had to dance in different tunes of life symbolized by different colours of the rainbow. It was 2 hours of non-stop fun. On the closing ceremony, the Russian people performed their traditional dance and sang folk songs. Everybody showcased their talents in their respective fields. We were awarded with a certificate as well. There was a special thanks giving to the families with whom the participants stayed. The main motive of the camp was to promote and encourage interaction among people of different countries and enthuse a feeling of trust for each other. We all made many friends with whom we will always stay in touch. Through this camp we also learnt another thing. We felt the presence of even outside when we saw a Russian lady performing Indian Classical dance in Indian attire and when we saw a teacher from singing songs from Indian movies. This camp was like a special gift to us which will be cherished by us forever.”

Ojas Patel, one of the participants, shares his experience: 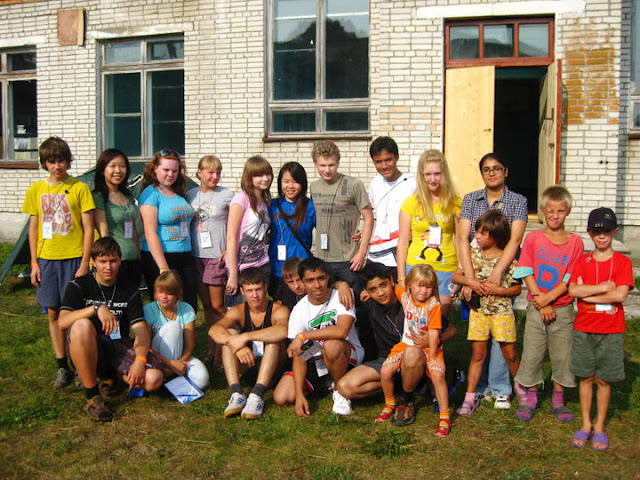 “During the camp, apart from participating in many workshops such as music, dance, agriculture, fishing, we also did social service like painting windows, building wooden pathways, cleaning river banks, etc. Interaction with foreign delegates was a spectacular experience in itself. There were many interactive sessions and fun-filled games that helped us get along with other participants. During the camp, we had a trek to a nearby village called Bolsoe Shelga where we learnt about their culture, folk dance, traditional instruments, and lifestyle. A ceremony had been conducted in the camp in which delegates of all countries had to make a presentation about their country and display it as a workshop to the participants of the camp and the local villagers during which received a lot of interest from everyone. There was a dance ceremony organised in the camp in which everyone had to dance in groups on all the tunes of life symbolised by different colours of the rainbow. On the last night of the camp there was a closing ceremony in which the participants performed the Russian traditional dance. The last night was amazing with the camp fire and participants singing and dancing till mid night. The foreign delegates were given certificates for their participation in the camp, and finally a special ‘Thank You’ was given to the local villagers without whose help the camp would not have been successful. On the last day we were taken to , a historical place, for an excursion. The camp was an amazing experience for all of us; we met the best of people from different corners of the world. We were surprised to see a Russian lady performing Indian Classical Dance and a guy from singing Bollywood songs. After the camp we visited the two of the most beautiful places, and . In , we saw the winter palace, their churches and also had a boat ride on the river . We also met few of our friends from the camp.
We also went to a small town on the outskirts of named, Wyberg. In , we visited the famous where we saw Kremlin, a few churches and museums. Again we met a few of our friends from the camp. The best part in was the Independence Day celebrations that we saw on our way to the Indian embassy. It was a wonderful experience for us and we hope to treasure it for many more years to come. We would sincerely like to thank our school, our award leaders, Joydeep sir who had accompanied us to the camp and who helped us from time to time.”
Posted by surabhi - September 19, 2011