India Special Projects 'Runaway to Susunia' for an adventurous expedition 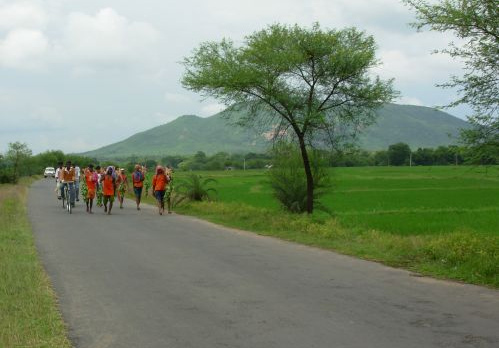 Dates : 26-29th Sept,2011.
College was on. Each day was becoming an identical experience.Calling my schedule ''boring'' might also put the word itself to shame. I was waiting desperately for the much needed break to get back to ''life'' and like always Mr. Bivujit Mukhoty- Programme Manager came to my rescue.On a very fine morning I got a call from Sir asking if I could be willing to go on camp to Susunia.The reply was an obvious one.
So all the planning began. We ran to All Bengal Women Union and Sarada Math-IAYP India Special Projects several times to give them the camp details.Every participant was duly informed.
The train was at 0600hrs on 26th September. I clearly remember having told Asim Sir to pick me up while going. And much to my surprise, rather ''shock'', Sir had FORGOTTEN. So at 0530hrs I was standing 5kms away from station, with my mum screaming at me, not knowing how to reach Howrah in less than 30 minutes.  There began the fun.Years of camping practice, learning to respond spontaneously to any situation came to use!! I quickly took a bus and thank god for the rush driving, I reached the station 10 mins before the train was to leave. I managed to get the train to Chatna Station. 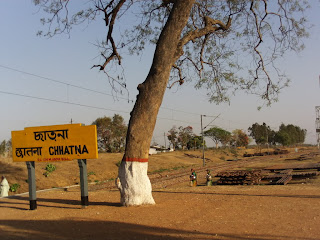 The sun was blazing hot. Soon our jeeps arrived and we got on to them,fighting for the window seat like always.The cool breeze hit our face once the jeep started moving.We reached the camp site at about 1200hrs.
Now the much practiced activities began.There was the introductory session on the Award, Tent pitching, map sessions, rope knots, survival, first aid. All of this was coupled with the delicious camp food, SPECIALITY: CAMP RICE (somehow the same rice cooked from the same grains of rice is not quite the same,if you know what I mean!).The following two days were fun packed with activities and trekking.
We trekked to far off places, went to our favorite spots, spent hours talking to the villagers, went to see Ashoka's depict (something that Susunia is known for ), blamed the Indian Govt for not taking adequate care of our historic monuments, took a bath for hours in the fountain water, took photos of every possible thing (be it rock or animal).
And then finally it was time for my favorite activity,Rock Climbing and Rappelling. It was about a 400 ft rock almost with a 90 gradient. Anal sir climbed it without any difficulty. He is ''The Spiderman'' of our group. Then I went up. The place looked beautiful from the top.As far as the sight went,there was only forest. Everybody did rock climbing and came down rappelling.After I came down, I felt as though a stone was lifted from my heart. Such is always the reaction after I complete rappelling each time! Then while returning through the dense forest,we lost out trail. It had rained for several days and the wild plants had grown without any consideration for our path. Our trail was completely covered. Somehow by tearing through the leaves, removing the brushes,getting hurt by thorns,slipping on the rocks we managed to reach our campsite.
With that ended all the fun and excitement for the camp.We had to return the next day,going back to the city was babbling with joy for the Pujas!
Anwesha Ghosh,
Gold Award holder-2011
Posted by Anwesha - October 15, 2011

Anwesha
I am a huge fan of FRIENDS. It is the only stress-buster in my life. I have a PhD in marine microbial ecology and I love working in the lab.