Tanushri Roy, Gold Award participant and a 11th grade student from Mother's International School with her experiences from the 1st Gold Solar Project 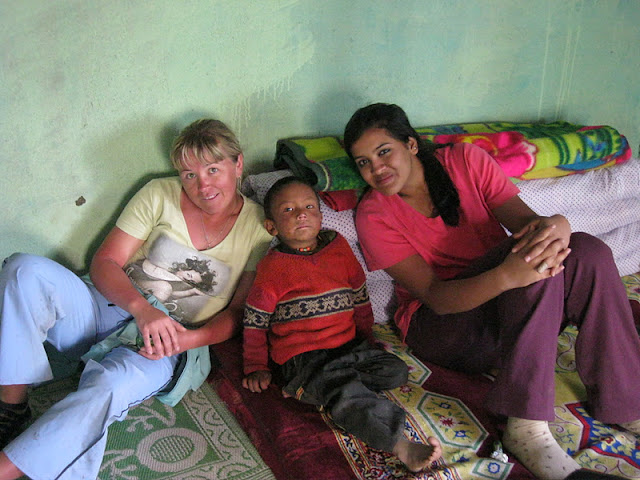 Spiti...the land of the lamas...a beautiful and extraordinary place, with its gorgeous landscape and breathtaking topography stands elegantly in the north eastern part of the state of Himachal Pradesh. Quiet and isolated, it is an ideal place for those seeking some  peace and serenity in their lives.
This year in the summer of June 2011, a bunch of super excited kids, gathered at the  Inter State Bus Terminal, New Delhi, all set and ready to board the bus to Shimla in Himachal Pradesh. We were a total of nine people going to Spiti Valley in Himachal Pradesh to work on the Gold Solar Project.
This group of people had come together courtsey an NGO Ecosphere and The International Award for Young People in India. Ecosphere was co-founded by Gold Award Holder- Ishita Khanna.   It is an organization focusing on improving the lives of the people living in Spiti by providing them with useful facilities and sources of livelihood. The activities of ECOSHPERE are carried out by volunteers who are willing and determined to work for a certain cause. Last year they built green houses and solar baths in other areas of the region and this year Ecosphere had advertised that they wanted volunteers to come and help build a solar bath for the women of Spiti in the distant village of Morang.
Our main motive of going to the Spiti valley was to help the people there by constructing a solar bathing facility for a group of nuns who stayed at a nunnery in the remote village of Morang near Kaza. As the temperatures there are very low and the climate extremely dry and cold, hot water to bathe is an absolute necessity.  Normally water would be heated by burning firewood or fuel. This was not a sustainable solution to the problem.  Hence the decision to construct a solar bath facility.
We left new Delhi on 11.06.2011 at 8.30 pm in the evening and reached Shimla at 6.30 am . We left a hot boiling Delhi and woke up to a cold wet morning.  It was raining and all of us were feeling extremely cold!
At Shimla, we were greeted by Angdui bhaiya and Sonam bhayia from the organization.  They had come from Spiti to pick us up. Taking our luggage we boarded the mini bus and headed to Kalpa.  Enroute we reached Narkanda and had breakfast there, we had started to feel the chill in the hills as the temperatures came swooping down. All of us thoroughly enjoyed ourselves, traveling  through the lush green hills of Himachal, chatting, listening to songs and munching on goodies all the way...
We arrived at Kalpa at 4:00 in the evening, a spectacular place with the Kailash mountain range beautifully bordering it. After feasting on yummy cottage cheese and vegetable pakoras and having an early dinner we all went to bed. But little did we know that we would have to face minor tragedies in the form of boys falling sick and fainting in  the bathroom post midnight! Just goes on to prove that girls are much stronger than boys! 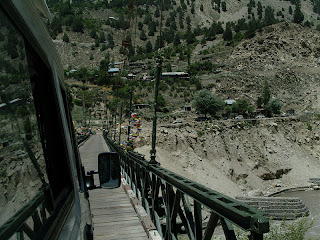 The next day we headed to Kaza, the district headquarters of Spiti. The scenery was spectacular..tall mountains standing firm and looking magnificient.  The wind had cut patterns on the rocks. All along the way the road meandered alongside a river.  Sometimes the river was next to us, at other times it was deep below. The  roads were pretty good but they had to be reconstructed every now and then due to damage by landslides and rain.
The ride to Nako was not a very easy one as as we were stranded on the way for four hours due to a major road block.  We spent all our time splashing each other with water from a nearby waterfall, throwing pebbles in the river and talking to other tourists. This experience taught us how to remain peaceful and composed even during disturbing times.
By the time we reached Nako, all of us were starving. And after having a hearty meal over there, we all headed towards Kaza. The ride from Nako to Kaza was a very enjoyable one as it was night time and we played atlas and antakshari, even Olga joined us and sang some Russian rap, we tried to copy her but soon realized that non of us were nightingales at singing!
We went to Ecosphere's office in Kaza the next day, there we met Ishita and her team, including two adorable puppies-Neema and Tashi.  They showed us around and we saw the wonderful products they had made out of seabuckthorn, a wonder berry considered to have wonder full healing, anti-aging and medicinal properties.   Apart from that, the shop also had items made by local people with beautiful handwork  including shawls, mats, knitted caps etc. 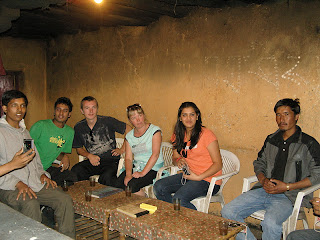 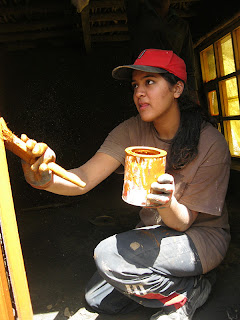 The walls had to be completed and the roof laid, but by putting together everyone's effort we all managed to do a good job.  We all worked really hard to complete the project, we painted and cleaned the doors and windows, set up the solar geyser, cemented the walls (inside and outside) and finally inaugurated the project on  22.6.11, after its completion. The king of Kaza, the head monk and all the  nuns came to attend the inauguration. He cut the ribbon and inaugurated the solar bath. We were honored by the king and Ishita gave all of us mementos and prasad. We were  thrilled, happy and satisfied to have completed  something which would benefit so many people.  We were all glad to have been given this opportunity to have done something for others. As the day for our return drew near, we were all in a dilemma, a mixture of emotions as no one wanted to go back from this lovely place. After all who would ever want to return from heaven once having experienced it.
We also visited the Key monastery at Key village. It is 12 km away from Kaza and is 900 years old. The monastery is beautiful comprising of different prayer, meeting, dining and worshiping rooms. It is said that the Dalai Lama visited this place in 1974. The monk who showed us around was an extremely interactive person, he was very friendly and funny and kept all of us entertained throughout the visit.
Our journey back was a lot of fun. We were returning back  to Delhi via Manali.  After spending an enjoyable day at Manali, watching movies, shopping and eating (a lot!)....we headed for Delhi and reached on 25th July morning.
For me this experience was truly overwhelming. I hope to go back  again.  What I have learnt on the trip is something no amount of books could have taught me.  I also realized that together we can do things, that can make a lot of difference in peoples lives...