Sometimes I wonder. What is the cost that we are paying for progress? Can progress come hand in hand with preservation? By preservation I don’t mean just preservation of our natural heritage but also our traditions, our historical heritage and our culture. In the enthusiasm to embrace a more modern or progressive approach and thought process, with each passing generation are we losing touch with who we really are? This is a very highly debatable topic and much can be said about it, so I shall try to address but fragments of it.

Many believe that tradition and preservation cannot go hand in hand with progress. I’m not sure if I agree. To overlook traditions in our race to move ahead is to take the easy way out. It is definitely a far shorter route that will yield quick results and help many earn the quick green buck. But as a young nation are we going to just sit back and watch our future destroyed in this race while our natural and traditional heritage is being pillaged and deformed?

While I ponder in my thoughts over this issue I can think of many examples that can prove the necessity to maintain our traditions. The most primary purpose served by our traditions is that they define who we are and give us a sense of belonging. While many will call our traditions a detrimental factor to progress they seem to forget that most customs have a very logical and sometimes scientific reason behind them being formed. Take a simple thing as fasting. The only thing people focus on is that a person is fasting for a religious purpose therefore it is useless and he or she is caught in the mental depravity of rituals. Why don’t you stop and think that maybe getting people to fast through the medium of religion was actually just a simple way of getting them to give a break to their bodies from over indulging and allow their bodies time to heal. This is what naturopathy is all about isn’t it? While we continue to belittle these simple traditions and customs there is an increasingly large number of our own populace and that of foreign countries that is slowly turning back towards either naturopathy or Ayurveda as a form of healing as compared to more modern medicine. Maybe there is a good reason for us to allow our traditions to remain.

The thought process associated with modernity has turned it’s back on who we are and where we come from. Traditions and preservation are seen as road blocks in achieving success. Well if short-term monetary gain with no regard for the future and for others is what is in mind then Yes ! letting go of your ideals is the best way forward. The other route forward might be a slightly longer one with maybe a higher gestation period but the fruits will last longer and preserve our heritage.

Somewhere the need to hoard has aided consumerism and this ravenous appetite for development at the cost of depleting our natural heritage and resources. The daily wage earner does the least amount of wastage and damage as he only buys what he can consume and is not the driver of this humongous need to hoard.

Coming to conservation, which is very close to my heart. One of the most successful conservation projects, that has ever been launched in the world was Project Tiger under Indira Gandhi. The success rate of the project was phenomenal initially, as the tiger populace in the country was significantly revived. Once again the government due to it’s lack of vision and ability to try and take progress and conservation hand in hand gave into economic greed and let the project and the tiger population deteriorate after it’s initial success.  At this point in time, with a new government in-charge, we stand at a crossroads waiting for them to decide which way to take our country. What price are we going to pay for progress this time? Will the downfall come at an even more accelerated rate in their race to prove how successful they can make our country economically as compared to their predecessors? Or will there be an effort to ensure that progress and preservation go hand in hand? The bigger question that comes to my mind is that, are we the people, going to once again sit quietly and watch and complaint to each other about the state of affairs or are we willing to take the initiative in raising our voices?

And we perish without our forests.

A very famous comedian by the name of George Carlin had once said in one of his routines. The earth doesn’t need us to heal it. The earth will heal itself and the earth will remain. What will go is the human race.

Change begins at home. To state a small example, when my father was building our home many years ago, the land was originally a mango orchard. When the time for construction came I put my nine-year-old foot down and refused to allow him to cut trees in order to build the house. As a result only one tree was cut and the rest of the trees were incorporated into the designing of the house. Today even in the sweltering summer heat there is much life that has survived due to this and these trees continue to house many different species of birds and insect lives and allow us to live in harmony with nature. We still have a home without having destroyed what gives us life. Change does not have to be at a very large magnitude. If only such things can be done at an individual level then much can still be saved. All we need is to be that catalyst towards change and progress needn’t come at a price that is unaffordable. 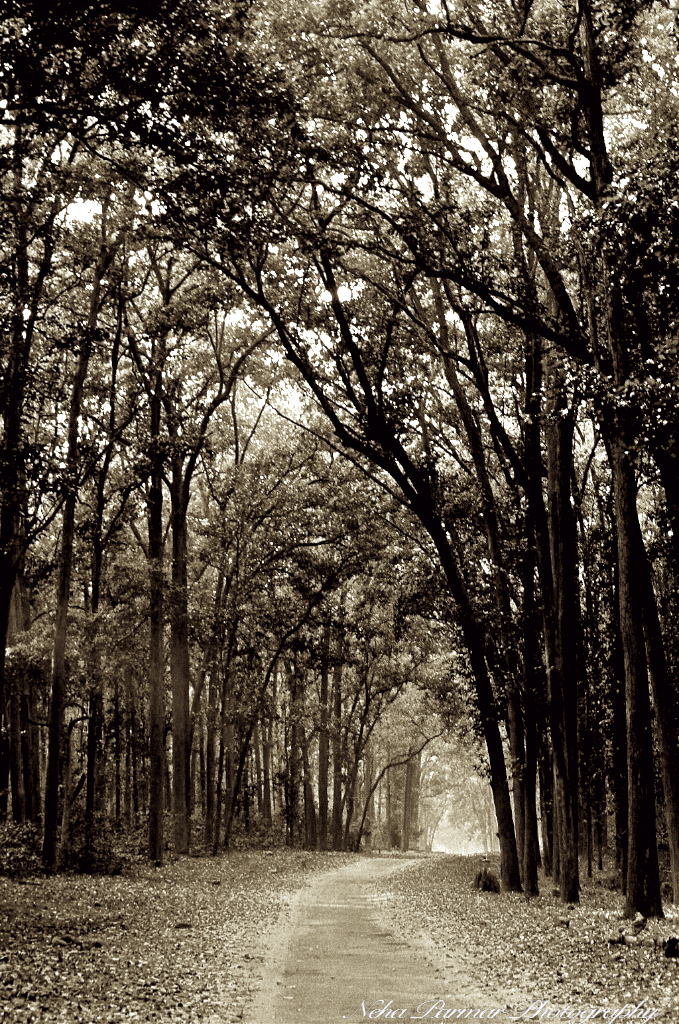