Once too often, I was always asked the same question, by the same person. Is it destiny or is it choice? And every time my answer would vary and be a little bit different as I would weigh all that had happened in between then and the last time I was asked the same question and I would rethink and decide that I was still not convinced by the answer of my choice. As much as I fought for choice as the answer, somewhere destiny did keep sticking it’s nagging head in and silently making a strong foothold over choice.

You see, I was always brought up in an extremely scientific environment, which was always swept clean of any superfluous or irrational thought. We were taught to believe that the only thing that made a difference were the choices that we made in life and our decisions, which would affect the outcome of our journeys. I cannot disagree with that even till today and yes I do believe our decisions on a day-to-day basis do define the next stage on the sets of life. But is there something more powerful at play? Is there a predetermined larger scheme of things guided by a force that we refuse to recognize, as we haven’t been tutored to believe in it?

An incident happened a couple of year’s back that made me retrace my steps and once again evaluate my own thought process. A few years back I had gone on vacation to the Mediterranean and once aboard a fancy Royal Caribbean cruise I decided to pick up a few souvenirs for loved ones. So I bought a t-shirt for a very dear Uncle of mine. Once I returned I gifted it to him and soon after since he had been suffering from a malignancy, he passed away. A year later I went to our ancestral home, where he had lived his entire life and which was located in a very small town in India, for his first death anniversary. To my amazement I found a favourite household help of my Uncles’s wearing that Royal Caribbean t-shirt that I had gifted to my Uncle. I then found out that before his death my Uncle had gifted that particular t-shirt to this fellow. As trivial as this incident sounds it just made me look at the larger perspective and think of how a t-shirt that was made somewhere in the middle of Europe, had been bought as a gift for somebody in India, had ended up on a man, who had absolutely no idea of what the Royal Caribbean was all about, in a tiny village in India.

I cannot say whether it was the destiny of that t-shirt to make this journey or of that man’s to own it. But here I was face to face with destiny and marveling at it for sure as this was not the journey that I had intended or chosen for that gift for my Uncle.

Life is unpredictable and as much as we like to plan nothing ever works out exactly like that. After much questioning and many mental dilemma’s I have come to appreciate that true happiness lies in enjoying the beauty of the unplanned and all the hidden surprises that come along in that package.  Maybe it is destiny over choice and maybe the only thing that is required from our end is some faith in our destiny. 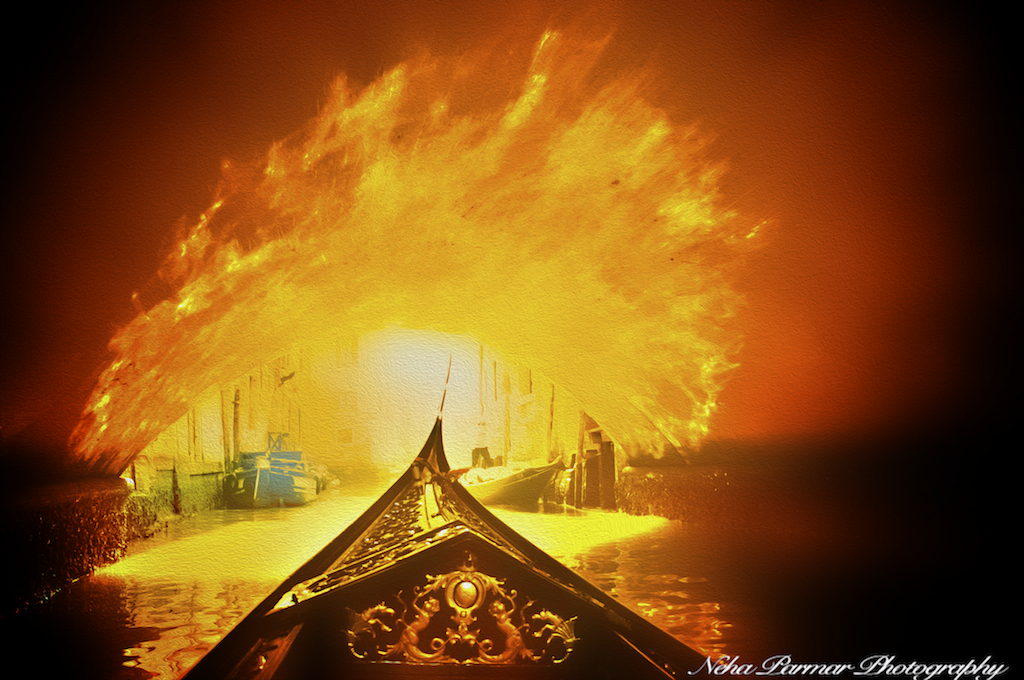