God of all things..

Time and again we chance upon meetings with random strangers that stop you in your tracks of your monotonous thinking and shake you up into really using that rusted thought process. Living the herd mentality makes us belong to the community of the living dead. I’m afraid I also am guilty of turning into a living dead every once in a while.  Fortunately or unfortunately my own nature and destined coincidences do not allow me to vegetate in that state for very long.  After all is dead and gone, after all the glory has faded and the wealth of money spent away….the only thing left alive is our voice and our mind. What truly remain alive even when our physical manifestations have decayed are our thoughts. A little while back I was introduced to somebody that asked me why all photographers as a community loved to show the ugliness of our country by photographing dirty street children with runny noses and village people. Something in that statement refuses to leave my head as it brought up so many things to the forefront and many questions that needed answering. My first instinct was to ignore the statement as very understandably different people have different beliefs and thought processes. But as usual I failed to follow my first instinct in life and kept reminiscing over the issue.

While it’s true and reasonable that most people would like to see beauty in art at all times sometimes we forget that the naked truth also needs to be represented from time to time and artists are the best medium for that. When I was told how I should not photograph dirty children on the street I was forced to go back down memory lane into each and every photograph that I had taken. The best part of that little journey was that I relived some absolutely joyous moments. What this gentleman had failed to consider in his generalization was that there was a possibility for each individual to be unique in his or her own way and viewpoint.

I revisited that small village in Himachal where I had photographed the oldest lady in the village who was then a little over hundred, still standing straight and very proud of her own independence at being able to invite me in for a cup of tea and a session of intriguing conversation. I remember feeling respect for her and much admiration at her spirit, will and enthusiasm for life. That’s when I had asked her permission to photograph her.

I revisited that construction site in the hills of Kumaon where there used to be a gang of little children who looked at you with their adoring big eyes even though they had no clue who you were. My mother and I would pack food for them each day for almost three months and go to the site and spend some time with these children. They loved us not because we got them food but because we had made the effort to get to know them and share some love together. This is when I had asked their mother’s permission to photograph them.

I revisited a small village in Karnataka where I was working on a project and stationed in Belgaum. I was inherently spending time with the children and the local people in the village and while being constantly under observation I also spent much time returning the favour of their constant surveillance of a city person. The girls there were always getting into trouble with their naughty little pranks on everyone including me. Overcoming the language barriers we managed to form our own parallel system of communication that allowed us to share a few laughs together. This is when I had asked an elderly person in the village for permission to photograph them.

You see it’s all very convenient at a superficial level and it seems alright to just generalize and compartmentalize people as per one’s convenience but the only thing that makes us different from the herd is our ability to really think and use that god gifted and much sought after brain. In this age of the Kali, the rich and affluent have in their own limited heads and experiences bought the services of God and sometimes we forget that apart from our own comfortable existence there are other worlds and other people with far bigger stories than ours.  Unfortunately the naked truth of our country remains, that outside the bubble of comfortable existence for the privileged few there exists an ugly and far greater reality.  This is a reality that doesn’t need to be told. This is a reality that WILL be told. Again and again, not just by a few, but by many, till maybe one day somebody is satisfied that they managed to make a difference.

My thoughts are all that I will leave behind, my actions will be what I will be remembered for and maybe, just maybe through my photographs those dirty street children and villagers will stay alive and somebody will have a story to tell and a chance to make a difference. 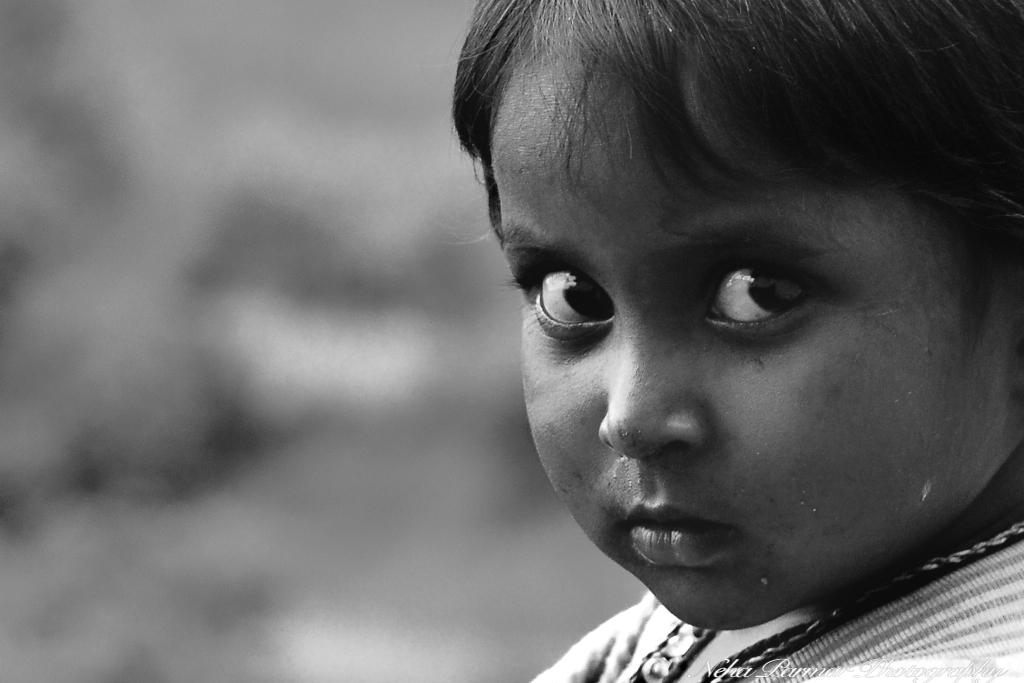