For Teachers: Understanding Jealousy and Kindness in Behaviour

Amita’s younger sister, Anjali (4 years) stayed at home when Amita spent time with me. This started to make Anjali anxious. Every day at home Amita was joyously talking about her time spent with me and this was making little Anjali jealous. She was creating a ruckus back home. “Mairey pechey sey yeh chila ti hai.” said Amita.

Amita was left with no option but to let Anjali accompany her to my home. Anjali’s yelling had worked but it wasn’t a good way to repeat.

Anjali is a very playful and energetic child. However since she started to visit me, it became difficult to do any activity with Amita. Anjali only wanted to do what Amita is doing and she ended up not doing anything herself nor did she let Amita do much. She wanted Amita’s notebook, Amita’s pencils and even wanted my attention whenever I talked with Amita.

There was a sudden change in my whole learning hour with Amita and I had to make sure that I don’t neglect either Amita or Anjali. It was tough and required me to be extra sensitive and thoughtful.
The day Anjali started to come, everything in my home took a new life – the bells (hanging by the side of the curtain) started to ring, the magnets on fridge started to be dislodged, drawers started to be inspected, the fridge started to be curiously opened and every five minutes the toilet was wet. “Es ko toolet jana hai,” Amita would say. 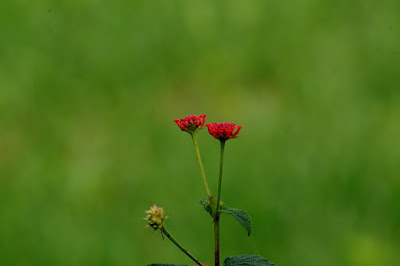 On the first day, Anjali opened the fridge and pointing at the papaya said, “I want this mango.” I realized it’s very difficult to meet the learning and emotional needs of two different children at the same time.

While Amita wanted to learn, draw, sing and dance, Anjali wanted to only play. Amita was obviously often irritated by Anjali’s behaviour. Since she was intelligent she used Anjali to voice her own demands. One day she said, “Anjali is saying she is hungry.”

I observed that this is how the two siblings behaved at home. Children are actually selfish and know how to intelligently manipulate thought to meet their needs from adults. I observed that Anjali ate food anxiously while Amita ate leisurely. I wondered what made Anjali so restless. Amita finished her food early and then ate Anjali’s food and when Anjali cried, Amita and Kavita (Anjali and Amit’s mother) scolded Anjali. Anjali was just becoming a nuisance for everyone. The reality was everyone was neglecting her needs and Amita’s pace of growth and need for food was outwitting Anjali’s. It was becoming a sibling rivalry in which even the mothers had unknowingly taken sides.

I observed that at times, Anjali just sat and shouted loud – a kind of gibberish –Amita said, “Aisey hi chilati hai.” I realized this is how she comprehends her father’s conversation and behaviour when he’s drunk. She’s merely imitating her father. “Yeh badi gali nikalti hai,” Amita had said.
“Who teaches her that?” I had asked Amita. She had very smartly concealed that it’s her father from whom Anjali learns. Amita was ashamed of her father’s bad behaviour and it took her time to open up about it. She finally did tell me that Anjali learns bad words from their drunken father. The situation is complex; both these children are growingly fast in a complex family and social context!
I’m not trying to suggest any solutions here –solutions that can be widely applied. I’m just trying to indicate that sensitivity, compassion can help.

So what did I do? I just taught Anjali to sit and eat food properly. I never judged her, never scolded her. When she made things difficult for me and made conversation between Amita and I difficult, I just made her sit on my lap and enveloped her in my arms. I realised she requires caressing, a warm parental touch and this is what I gave her. This was not happening at home because mother was nursing a 7 month old brother. When drunk, father was beating mother, aunty was fighting with mother. This was the situation of the whole neighbourhood around. Distressing situation - Anjali was left only with Amita to face the world and Amita is just a child, just a year older than Anjali.
There were times when Anjali would take Amita’s book and refuse to return it. I practice compassion and I don’t shout or lose temper, so what did I do?

I just let Anjali be, closed my eyes and asked Anjali to return me the book. Once she said, “Your eyes are not properly closed.” I saw change, in Anjali, one day when she came in the morning, I was meditating and she sat cross-legged and got up to touch me only twice. She started to eat slowly and properly.

I observed that when I made Anjali sit on my lap, Amita wanted the same. Once when I gave something to Anjali, Amita fell down on the ground acting, covered her face with her hands and started to mock-cry. She soon got up and then said, “I was acting because you didn’t let me do it.”
I learned that compassion with children cannot be pampering. At times an educator’s voice needs to be firm because many things a child carries are not his own thoughts but a lot acquired from the adult conversation and behaviour around. However being firm doesn’t mean being angry. It’s to oppose a particular behaviour and not to oppose the child. An adult can learn to do it only when an adult learns to let go off his/her anxiety and practice kindness in thought and conduct.

I realized Amita was copying her mother. One day Kavita said mockingly, pointing at Anjali, “Yesterday someone gave clothes to my (seven months old) son and she (made a mocking face) was pestering that she wants to wear them.”

I had to make Kavita understand that Anjali is just a child and each child has a different need. Kavita is a concerned mother who doesn’t know how to help her children. She has no support from her husband who returns home drunk. Amita is under massive pressure to grow up and fulfil the learning and emotional needs of her two siblings – to fill in where are parents can’t fit in.
Amita and Kavita’s situation can improve if there’s a good educator in their life. With this post, I hope I can help bring a little sensitivity on the important role teachers can play in a child’s life. Life with its various social interactions is just very complex. An educator’s role is very important and adopting a kind, non-judgemental behaviour can be a great help.

- Venus Upadhayaya is a learner and a trainer. She believes that education can be based on truthfulness, tolerance and compassion. You can contact her by email venusupadhayaya@gmail.com