Don't Compare - Every Child Is Different 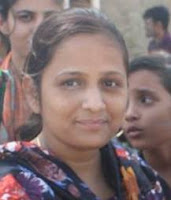 
This book is a wonderful example of how parents and teachers can prepare their child to become a good citizen. It elaborates on how we can deal with children's challenges in future by sharing our own and others' experiences with them. The numerous qualities described in this book, such as courage, hope, determination, and humility, are the values that every parent wants to see in his or her child. It is the duty of teachers and parents alike to inculcate these qualities in their children in order to help them achieve their goal in life. A child must have courage to give his opinion and stand by what he believes in. He must also possess the ability to accept the reality and truth whenever he is wrong. It is important that that we learn from our mistakes in order to prevent them from recurring, and the first step in this regard is accepting them. I would like to share an example of how this book can help us in our classroom.

There is a girl in class V - Navya. When her teacher distributed the exam sheets to the children, Navya did not secure the marks that her mother was expecting. Her mother had told her that she must get more than 90 marks in all subjects because she had made her study hard. Navya was under pressure as she feared she'd get scolded and punished if she told her mother about her marks. As a result, Navya gave fake scores to her mother. When Navya’s mother came to take the report card, she told the class teacher that this time Navya had got more than 90%. The teacher thought she had misunderstood the grading system. She explained it to her. Navya’s mother was shocked that her daughter had not been honest about her marks in any subject. Her actual score was less than 70%. She was very angry and decided to give Navya a hard time. She told the teacher that she had taught her daughter well but could not understand why she got such low marks. There were students who had scored full marks. The teacher asked her to calm down and ponder over why Navya lied to her. Her mother responded by saying that the fear of getting punished must have caused her to lie.
The teacher tried to explain that Navya was left feeling under pressure due to this. All children are different and their performances are also different in every subject. Navya may have interest in other activities and should not be compared with others. No one is perfect in this world and everyone makes mistakes. The same applies to Navya. The teacher advised the mother to be patient with Navya so that the child can share her feelings comfortably. A person cannot work properly under pressure and sometimes ends up making a wrong decision to escape from the pressure. Putting pressure blocks all communication and increases the chances of the same mistake being repeated in future.
Navya’s mother realised that she needs to trust her child to dissuade her from hiding anything in future. She also needs to be more polite with her in order to understand her better. She should not mount expectations on her. This will only put her under pressure and will bring her performance down further. She decided to help her child explore her interests and hone them.

This book is helpful for teachers as well as for parents to prepare their children for future. Every individual has his own dreams and interests which must not be compared with those of others. Instead, a child must be motivated to achieve his own goal with determination. For this, a supportive environment must be ensured.

~ Monika Vaishnav is an Educator at The Fabindia School. Her email is mvv4fab@gmail.com
Posted by LFIN - July 27, 2017