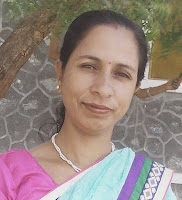 Victory Over Pressure
“Is Your Child Ready to Face the World?" is a great book for understanding the psychology of a child. The author, Dr. Anupam Sibal, is a Pediatrician, having good knowledge of child behavior. In this book, he has written about his journey of raising his son Devaang with moral virtues such as humility, truthfulness, and compassion. He prepares Devaang to face the world, equipped with these good values.

All the parts of the books are enlightening, but the part I liked most is the one that deals with “Handling Pressure”. It notes that the immense pressure on students due to sickness, study and other reasons may cause many pediatric symptoms. Further, it is also indicative of serious problems in future such as depression, loss of appetite, and negativity. The book provides the example of a child with peer pressure symptoms.

While reading this chapter, the image of one of my students flashed again and again in my mind. Her name is Bhawika, a girl who faced immense pressure this year. Her parents wanted her to perform well in her academics as well as in other activities. For that, they met the teachers and the Principal as they were not satisfied with the grades secured by their child. They wanted her to perform like an all-rounder student. Bhawika was good at all subjects, given her age. But they wanted her to be the best. They wanted her to be promoted from Grade 5 to Grade 6, which required her to take some tests. This put her under pressure and she could not perform well. Even then her parents insisted that she be promoted to Grade 6. As a result of this pressure the child’s behaviour changed completely. She stopped talking with her friends and was always lost in deep thought. When I asked her about her sadness, she told me that she did not want to be promoted to Grade 6. The thought of taking tests and moving on to the next grade came as a shock to her and she felt that she was not mentally prepared for such a move. One day she began sobbing during the class. Upon being asked about it, she told me that she didn't want to leave her friends and that she did not find herself fit for Grade 6. I decided to meet her parents and make them understand the fact that they must not pressurise their child. I quoted an example from the book to explain my point. Luckily, they agreed with me and gave up the idea of double promotion of their child. Soon after, I noticed that Bhawika was happy again and was paying attention towards her studies and games.

Pressure affects children negatively and makes them deviate from their normal behaviour. It also tends to take away their happiness and robs them of the joys of childhood. It is crucial that as parents and educators we understand and tackle this pressure in every possible way.

~ Rajeshwari Rathore is an Educator at The Fabindia School. Her email is rre4fab@gmail.com