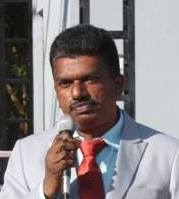 Humility
Humility is one of the most important and most expensive virtues that one should possess. It means understanding that the delights, pains, and needs of others are as important as our own. If we examine the lives of great persons, we can identify the importance of humility as it is almost always the secret ingredient of their success. If we are humble, we can easily recognise our own faults and strengths. We become aware of our personal limitations as well as the broad limitations of humanity in general. It helps in strengthening relationships that we form in our lives. Dr. Sibal emphasises on the same thing in his book - "Is Your Ready to Face the World?".

Nowadays, virtues may have fallen out of fashion, but they have never been out of date. Being the second home to every child, a school has a crucial role in inculcating positive values in him or her. One day, when I was teaching Class 8, I heard a voice calling out to me. It was Nitin. I looked at him and asked what had happened.

Nitin: "Sir, somebody has taken Mohit’s money. He had kept it in his text book"
Me (shouting): "Why do you bring money to school?"
Mohit: "I brought it for buying some copies"

I informed the principal about this and she sent the PTI to solve the problem. He checked everyone’s bag and found the money in Rakesh’s bag. Rakesh was caught but it seemed to be the case that it was not his doing. He denied it but no one believed him. It was the work of another student, Babulal, who saw the money when Mohit opened in his text book in the morning. He secretly put the money in Rakesh’s bag when PTI began checking all the bags.

Rakesh was the thief in the world's eyes. So he got punished. He was accused, mocked, and troubled by his classmates but he kept his calm through the ordeal. He was a humble child. Later, Babulal was overcome with guilt and confessed in front of everyone.

Humility is God’s grace, it never fails. It leads people to the truth and helps people to stand tall against all odds.

~ Byju Joseph is the Vice Principal at The Fabindia School. His email address is bjh@fabindiaschools.in