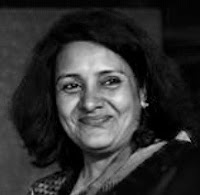 Addressing discipline; punishing was not only illogical but also ineffective. A new approach was pointed out in the book, “Whatever It Takes”, it suggested providing incentives for students to do well rather than merely punish them when they did not. The approach was, “think positive, not punitive” and escalating privileges for students who performed well in class and observed the rules of the school.

Several assumptions guided this new approach to discipline. The first was that students would be more inclined to meet the expectations of the school; meeting academic and behavioural standards.

The second assumption that drove this approach to discipline was that students must have multiple, ongoing opportunities to earn privileges.

The third assumption behind this approach was the opportunity for the parent to withhold the privilege from his son or daughter.

The loss-of-privilege concept proved to be much more effective in impacting student’s efforts and behaviour than the punitive approach. Instead of being told,” Here are our rules; obey them or we will punish you,” students were told, “Here are the expectations of the school; meet them and you will receive greater freedom and autonomy.

Some of the privileges identified by the teachers at our PLP (Professional Learning Program) @ The Fabindia School while discussing discipline issues; were:

Learning from the book, WHATEVER IT TAKES.
~Ms. Rajeshree Shihag is the Principal of The Fabindia School. Her email address is: principal@fabindiaschools.in