Leadership is an important core value to be inculcated in the students by the team of Educators in schools, so as to make leaders and not followers of the society and the nation.  The most important aspect of a leader is to guide and direct others to reach a common goal i.e. to lead a team, group, community, religion, organisation or a country. It is often said that leaders are born but some become by choice or circumstances, which means everyone has a hidden potential to be a leader – all one needs is an appropriate opportunity, a vision, the ability to dream and the determination to realize the dream and to achieve the set goal. 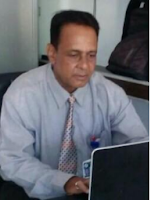 The various qualities a leader should have can be summed up as – a leader should be a good thinker – he should be able to think new ideas, create a vision and find out means of fulfilling them. Next, the leader should believe in teamwork, take out time to listen to the views and ideas of others and accept the ideas that are suitable for the mission, this makes him a good listener also. Then he will be able to plan out the strategies and allocate different tasks to different teammates according to their abilities and training and then keeps an eye on the progress of the work and keep motivating his teammates, which does not mean that he does not do anything himself but make others do, instead he leads by example and is a role model for others.
A good leader is a tireless worker, with endless energy and has qualities like- simplicity, humility and compassion. They are people who resist temptations, follow rules and regulations and show exemplary discipline of body and soul. Leadership is practised not so much in words as in attitude and in actions.

Leadership is practised not so much in words as in attitude and in actions.

Ajay Vijayvargi, The Fabindia School
Posted by SandeepDutt - May 14, 2018