Byju P Joseph: The smallest of clues can lead to the biggest of theories 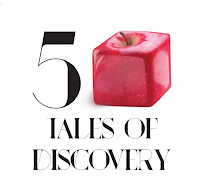 Thank You The Gaudium School, for inspiring all by the “50 Tales of Discoveries”. This attempt provides a chance to know the real situations behind some of the discoveries. The inspiration which I got from these tales of discoveries motivates me to share a few things.


It is not an easy thing for human beings to explore everything in the universe. According to the Big Bang theory, the universe is expanding continuously. We know that the universe is endless, everywhere it is the same, and then where does it expand towards? It is really beyond our imagination. Research is going on so we can expect answers for all such questions.

Let’s leave the universe and think a few things related to our earth. What will happen if the earth stops its rotation on its own axis and its revolution around the sun? Have you ever thought about it? Don’t worry. These things will not happen.

Recent studies in Geo Physics reveal that our earth is going to slow down its rotation in the coming five years from 2018. It means that the speed of rotation will decrease slightly. As a result of it the equator will contract slightly, says the Scientists of American Society of Geo-Physics. According to this change, the tectonic plates will not contract but at the sides of these plates, the pressure will increase. Its impact will be horrible. Consequently, earthquakes may occur at some places of the earth where tectonic plates are hitting continuously. By studying the shaking of tectonic plates from 1900 scientists discovered that whenever the earth’s rotation slows down the intensity of earthquakes increases. This slow motion is determined by measuring the duration of days and nights. By applying modern technology it can be measured accurately even up to microsecond.

There are chances to increase the number of earthquakes having intensities above seven in Richter scale in coming years. We cannot predict when and where these will occur. Only precautions are possible.
-          Byju P. Joseph, The Fabindia School, Bali
Email: bjh@fabindiaschools.in
Posted by Krishan Gopal - August 28, 2018