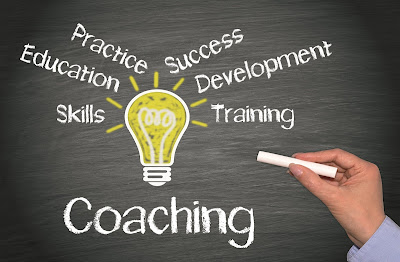 A school coach—sometimes called a school-improvement coach—is typically an individual hired to advise a school on how to improve its academic program, instructional effectiveness, and student performance. While a school coach acts much like a consultant, the use of the term “coach” is usually intentional—i.e., it’s meant to distinguish the school coach’s role from those of other professional educational consultants. While the specific role and responsibilities of school coaches may vary widely from school to school, there is some degree on consensus on what a school coach is, and is not, within the education community. For example, school coaches are usually mission-driven or expertise driven, as opposed to project driven, in the sense that they bring a particular educational perspective, belief system, instructional expertise, or advocacy role to their job. School coaches are often hired specifically for this reason: they are committed to helping schools achieve a specific goal, such as increasing educational equity (an ethical or social-justice goal) or expanding and improving the use of new learning technologies in the classroom (an instructional or programmatic goal).

While school coaches may be independent contractors, many are employed by nonprofit organizations or universities, and they may be hired by a state agency, school district, or school or by an outside organization or foundation. In many cases, school coaches are employed as part of a school improvement project. School coaches may work on a fee-for-service model—i.e., they provide narrowly defined services on a short-term contract that may be renewed annually or every few months. Yet it is also very common for school coaches to be contracted for a multiyear commitment as a school undertakes a comprehensive restructuring of its academic program.

In some cases, school coaches are described as “critical friends”—a common education term that refers to fellow professionals who are understanding, supportive, and empathetic but who are not hesitant to speak candidly about problems and provide constructive criticism about what needs to change. In this way, school coaches are similar to athletic coaches: they are experienced professionals with specialized expertise who advise, train, and mentor the team and who is not hesitant about making individuals put in the practice and hard work necessary to succeed.

School coaches are often former educators and school administrators who can understand the workings and internal politics of a school from an educator’s perspective, although some have previously worked in other professions outside education, such as psychology, business, or communications. Coaches typically have expertise in skills such as group facilitation, interpersonal dynamics, public speaking, and conflict resolution, and they often help educators communicate, collaborate, and solve problems more productively and cooperatively. In some cases, though, a school coach will provide “coaching” on a specific issue, such as training teachers in specialized instructional techniques.

Another variation on the school-coach role is the on-staff coach—a full-time or part-time school employee who provides coaching services to educators in a local school system. While on-staff coaching may take many different forms, and job descriptions may vary widely, these positions are often created for educators with highly specialized experts who are tasked with delivering professional development to teachers. Two common positions, for example, are literacy coaches and learning-technology coaches; the former helps teachers improve the quality of reading and writing instruction in all subject areas, and the later trains teachers in how to use new technological devices and products as instructional assets.

While there are no formal credentialing organizations for school coaches, many organizations around the country offer training, resources, and support networks for school-coaching professionals.

- The Glossary of Education Reform by Great Schools Partnership is licensed under a Creative Commons Attribution-NonCommercial-ShareAlike 4.0 International License.