Anjuli Bhargava: A Sea Change In The Foothills 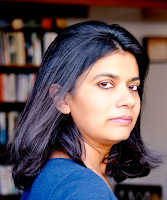 The sarpanch of Uttarakhand’s Purkal village - Neetu Juyal - is 29 years old and the mother of two small children. As sarpanch, her responsibilities are wide-ranging. Any disaster relief operation, improvement in living conditions, water shortage, road or house collapse due to heavy rain, decisions on how to use the funds provided by the state for the betterment of lives fall into Juyal’s lap. She – along with her husband and a team of four others – govern and manage this village.

A task traditionally reserved for uneducated men usually over 60 years, Juyal, a Hindi medium graduate, is undoubtedly an aberration. Four years ago, her village elected her. Although she’s not the first woman sarpanch in the area, she’s by far the youngest ever.

Juyal’s self-confidence and poise explain why she may have been chosen for the task. But above all, her selection is also a reflection of the sea change this village has seen in the last two decades. When G.K Swamy, founder of Purkal Youth Development Society (PYDS) – a CBSE school in the village - and his wife Chinni moved to the Purkal village (see : When Life Starts at 60, Business Standard edition December 10, 2016) almost 20 years ago, the village – like many across India – lived in a time warp sticking to its own traditional ways and refusing to change with the times.

The plight of women and young girls was particularly heart wrenching. Small girls were often malnourished as the male child got nourished first. If anything was left to spare, the girl would be lucky to get it but there were no guarantees. Often, the Swamys came across young girls in the village who seemed behind their years in development due to malnourishment in the formative years.

Girls were usually not educated much or if at all, they stopped at elementary. Marriages of girls at the ages of 15-16 were not uncommon and brides coming into the villages were often as young. The brides often could not name the boy or family they were married into. Marriages were mostly arranged and a love marriage was usually a scandal. Girls were not encouraged to do anything other than housework. Indeed, they were not encouraged even to leave the house.

If girls were malnourished and ill-treated, women were not much better off. Alcoholism and domestic violence were both commonplace. This despite the fact that financially the village was better off than many in the region. Besides the usual subsistence agriculture, many men in the village were employed at a factory. This had also necessitated the building of a pucca road, which brings unimaginable benefits to the residents.

But after the factory went into disuse, men employed there were paid but had no work. They spent their time drinking and whiling their time away. Unemployment among the youth was rampant and often not frowned upon. People mostly managed by doing odd jobs to earn enough for survival. Bettering their lives in a concrete and organized fashion was not really considered an option.

Even on the sanitary front, things were dismal. Open defecation was the norm. Toilets were unheard of and garbage would be strewn anywhere it found a corner. In 2003-04 – after PYDS had started functioning – Swamy organized some funds through a society called Adopt and had 59 toilets built in four villages. “With the building of the toilets, the practice stopped when everyone observed that others were no longer doing it. They would feel awkward so all the houses that have come up since having an in-built toilet”, he explains.

In this cobra-infested countryside, this has been a saviour. Prior to that, deaths of villagers including children due to cobra bites were not unheard of. Last year – in 2017 – another 19 toilets were built in surrounding villages and they too have become open defecation free. There are still 230-odd houses in the school’s catchment area where open defecation remains a way of life but as they gather funds, they will build toilets village by village.

The changes have occurred in just ten years or so. 15 years ago, the Purkal school started in the village and the society was registered. To start with, many locals got a job and started working with the school itself. Simultaneously, the Stree Shakti – a livelihood programme that has almost 170 local women working for it - operation started and many local women found a livelihood opportunity for the first time. Today several of these women earn more than their husbands.

Thinking has evolved and mindsets have undergone a sea change. Girls marrying in their late 20s is not uncommon. Arranged marriages are less and less common. Juyal says 7 out of every 10 are love marriages now. Girls are being educated until whatever level they choose. Many Purkal girls are studying and working in Delhi and other cities. Some are even studying overseas. This year, two PYDS girls will be joining the undergraduate batch of Ashoka University in Sonepat on scholarship.

Some of the children who are now earning and supporting their families don’t really manage to give back to the school or society as such as their first priorities are getting a roof over their heads and getting their sisters or other siblings educated or married. But they are no longer hand to mouth in any way or many are even joining the more prosperous segment of society. Their attitudes and habits have undergone an overhaul.

While women are leading the show in all these villages, the men too have smartened up and got their act together. Earlier one of the first things a new bride received was a tight slap from her husband, to tell her who is the boss. This no longer holds. It’s not as if domestic violence and alcoholism are not prevalent but both are on the wane.

With many women earning more than their husbands, the men have begun to view the women in a new light. “A sort of respect has crept in when they see women can do the same tasks as well as the men and at times even better”, says Chhattar Singh, 67, a property developer who lives in the village. Singh credits PYDS with the progress he sees around him, arguing that Stree Shakti by putting incomes directly in the hands of women has played almost as big a role as the school. Juyal says unlike the past households with two girls don’t necessarily try to have a boy child.

The men have also begun to see the value of work and education. “They are more driven as they see hope now unlike some years ago”, says Juyal. Her own husband actually supports her work so in some senses she wears the pants in the home.

The transformation and sea change in some lives in particular can only be described as “monumental”. Urmila Naudiyal’s journey is really the stuff of dreams. Naudiyal was struggling to make ends meet when she joined PYDS at inception as a cook at a salary of Rs 1000. Now after 17 years, she earns a salary of Rs 11,000 a month, more than her husband. She says their needs are few and they now manage to eke out a very comfortable living. They have even built a small pucca house in the village that has escalated quite sharply in value. She is now one of the head cooks along with two other ladies. Three men work under them in the kitchen.

But what has been dramatic is the change in the lives of her two sons. When the boys were born, Naudiyal couldn’t even have dreamt of what her sons would achieve and where they would find themselves.

Ankit Naudiyal, her elder son, passed out of PYDS in 2009. He did his B-Tech degree from DIT, a university in Dehradun and managed to land a job with Infosys in Pune. After working there for three years, Naudiyal switched to KPMG Global services in Bangalore recently. When this reporter speaks to him, he’s soon to leave for a work trip to the US. At 27, he manages to support himself fully while living in Bangalore and sends whatever money he can spare home to his parents. A loan taken by the family to pay for his studies is being re-paid by him every month. His younger brother – also a PYDS product – is likely to soon join the merchant navy. Ankit says that “if the country had a 100 or a 1000 Swamys, India would be a changed place”.

Urmila’s eyes shine as she describes her life and the changes it has witnessed in the last 15 years. Swamy and others say her happiness reflects in what she serves on the table daily.