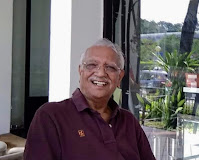 The inability to say "No" to a child is the biggest hurdle to parenting in India. This is especially so with the neo-rich generation of parents. Parents in trying to give their children what they couldn't get fail to draw a line. Lack of time, patience and at times ignorance adds to it.

The gradual disappearance of the joint family the young couples in town and cities at their wits end when it comes to raising Children. They are a confused lot, depending on a few books on parenting and advice of friends and family. Their parenting often ends up in just keeping the child happy. They cannot stand the sight or sound of their child crying. Once the child has its way the crying turns to tantrums if its wishes are not met. Parents also fall into the trap of so-called permissiveness, subscribe to the theory that child should not be admonished or told off. As the child becomes a teenager it makes the best of the situation and turns everything to its advantage by indulging in emotional blackmail.

Parents fail in drawing a line"this much and no more. Emotionally weak parents fall into a trap of their own making. Children outsmart them by making them succumb to their whims and fancies.
They at times threaten their parents with dire consequences if their demands are not met.
I have known of teenagers locking themselves in their bedroom refusing to eat. Some parents unfortunately also blame Schools for their children's behaviour. Expressions such as"my child have gone into a depression" for the slightest of reprimand.

Teenagers turn into juveniles when they get the support of their parents. It is imperative that the parents have trust and faith in the School. Permissiveness does not mean that a child can get away with murder. The sooner a child understands that a No means a No. He must not try to play one parent against the other when he doesn't get his way. This is a big hurdle in bringing up children
In bringing up children the parents must stand together this also helps in inculcating the right Values in a child.

Children need parents time, not money and gifts. Parents must take great interest in their children and make sure they imbibe the right values most important for a good education.

- Rajinder Pal Devgan rpdevgan@gmail.com is the Chairman of Learning Forward India.
Posted by SandeepDutt - May 30, 2019