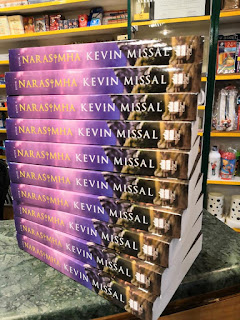 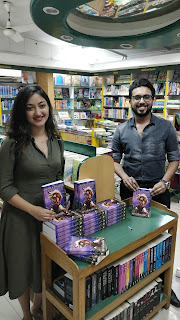 Narasimha, once a brave soldier, has left the war and hides in a village, working as a physician. But soon, a familiar face from his past finds him, seeking his help to stop the tyranny of the blind usurper — Andhaka.

If Narasimha refuses, the world might just end.
Prahlad, the interim king of Kashyapuri, is conflicted between the ideals of his unrighteous father and his love for Lord Vishnu. Whom will he choose?
Hiranyakashyap, the ruler of the Asura Empire, seeks to avenge his wife. But to do that, he must get the ultimate weapon—the Brahmshastra. For that, he has to go through the Trials that has sent so many others to their death. Can he win?

About the author
Kevin Missal wrote his first book at the age of 14, and at 22, the St Stephens graduate is a best-selling author and a full-time writer, with the first two books in his Kalki being runaway successes. Dharmayoddha Kalki: Avatar of Vishnu and its sequel Satyayoddha Kalki: Eye of Brahma have sold one lakh copies in under a year.
Kevin loves fantasy fiction and has always been a fan of mythology. His books have been featured in publications like The Sunday Guardian, The New Indian Express and Millennium Post. He lives in Gurugram. 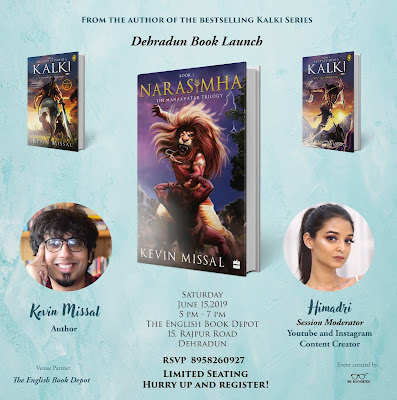