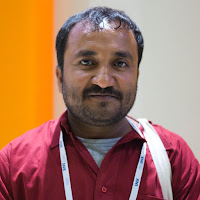 Anand Kumar is an Indian mathematician and a columnist for various national and international mathematical journals and magazines. He is best known for his Super 30 programme, which he started in Patna, Bihar in 2002, and which coaches economically backward students for IIT-JEE, the entrance examination for the Indian Institutes of Technology (IITs). By 2016, 366 out of the 420 had made it to IITs and Discovery Channel showcased his work in a documentary. He has been invited by the prestigious Massachusetts Institute of Technology (MIT) and Harvard University to speak on his globally acclaimed effort to mentor students from the underprivileged sections for admission to IIT.

All 30 students from Super 30 qualified with good marks for JEE Advanced 2017.

A biopic title “Super 30”, based on his life will be released shortly. Hritik Roshan stars as Anand Kumar in this movie directed by Vikas Bahl. The film captures the trials and tribulations of Anand’s life and the challenges he faced in order to set up his ‘Super 30’ institute. It is an inspirational story of his struggle and achievement, and how one man makes a difference in the lives of underprivileged students.