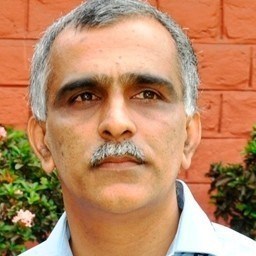 Lt. Col. Sekhar is a soldier educationist who has been in leadership positions as a soldier, educationist, and as an academician for over 30 years. A post-graduate in Chemistry as well as in English, he has had a distinguished career in the Armed Forces, heading Sainik/Military Schools, Instructor in the Indian Military Academy, Registrar of autonomous Colleges. After taking premature retirement from the Army, Lt. Colonel Sekhar was Director (Education and Empowerment) with Atul (CSR) Ltd wherein he established the Atul Institute of Vocational Excellence from scratch. He was also Director& Head of Schools, Alpha Group of institutions, Trichy.

A regular speaker, moderator, and presenter in conferences/study groups, he now is the Executive Director of Aditanar Educational institutions, whose 9 Colleges and Schools have been uplifting rural India since 1965. #HappyTeachers #BrewingKnowledge #SGEF19