The Power Of Plan 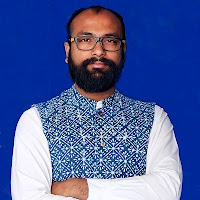 Where would you go out to play, if every park in the city would throw you, and your friends out – on the reason that playing in a playground, will ruin the grass. To the 16-year-old Chirag, that didn’t fit well, and somehow under the influence of the internet, he started a campaign on Facebook, reached out to his other friends, and started a community playground development project. By working with their hands and converting a wasteland in their residency – a bunch of kids ended up changing the rules of play – and got featured into a daily local – sharing the story, how Chirag started a Football academy for over 50 players in the city and running it for free.

The passion only grew, when he decided to drop out of the Chartered Accountancy program and shift to Bangalore to study Psychology. Only a few months in Bangalore, and having missed working with the kids, he joined a Youth Football Academy as a Coach and picked up bringing play to kids as young as 4-year-old. His next Eureka moment came. when he realised that the immersion while playing increased for kids when he started to address cones as trees. He kept his experiments running, and soon, when the other discourses in his University challenged his way of thinking, he did the next big thing. For a mere proof of concept, he cycled all the way from Bangalore to Jaipur, a journey of 2300kms in 11 days. This was followed by another epic, where he ended up cycling from Jaipur – West to East India – Bhutan – Myanmar – Thailand – Cambodia – Laos – Vietnam, around 13000kms in 8 months, alone, by crossing all land borders. The journey concluded as a researched understanding learning patterns across cultures and later translated into designing and facilitating noncompetitive sports and play sessions for a Kindergarten in Bangalore. Luckily, in 2017, he was back in Jaipur, and this time got summoned by Ministry of Youth Affairs and Sports, to head Rajasthan in a program called Mission 11 Million, in collaboration with FIFA, to host FIFA U17 WorldCup in India, and bring the joy of Football to 11 Million kids around the country.

Currently, Chirag Singal runs a project called “Giraffe Uncle”, which gets kids to have more efficient time playing outdoors, in a non-competitive, inclusive, and emerging design. He has been invited to TEDx, IIM A, NITs, BITS, numerous schools, and colleges to share his story and insights for the work, and promotes his stand for the practices we bring to the playground for our toddlers.