Can Ethics and Values be taught? 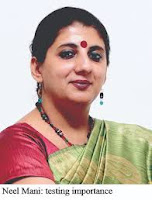 Teaching Ethics and Values is the biggest challenge in today’s time but it’s the need of the hour. Before going further let's understand about both the terms.

Ethics is about our actions and decisions. When one acts in ways which are with our beliefs (whether secular or derived from a moral authority) we will characterize that as acting ethically. When one’s actions are not congruent with our values - our sense of right, good and just - we will view that as acting unethically.

Values are our fundamental beliefs. They are the principles we use to define that which is right, good and just. Values provide guidance as we determine the right versus the wrong, the good versus the bad. They are our standards. Typical values include honesty, integrity, compassion, courage, honour, responsibility, patriotism, respect and fairness.

There is a major debate that whether ethics can be taught at all. This debate is on since the past 2500 years. It goes when Socrates debated that ethics can be learnt. Plato arrived in an equivocal conclusion regarding the same. Different psychologists and researchers gave different views.

Piaget links moral development with cognitive development. Some believe that ethics and values growth originates from the natural process of maturation and depends on age. Others suggest that moral and value development is independent of a person’s age.

Piaget believed that a sense of moral values is developed with other cognitive attributes. He divides it into 2 stages:

“Values are the seeds from which all behaviour grows.”

The first school of value education is home and first teachers are parents. Homes that focus on value development develop value centred children. Parents who treat others with respect and humility, their children follow their footsteps. But after that parents must correct their children consistently for any misdeed or disrespectful behaviour.
We must instil as a parent and educators that cooperation and collaboration are the most important virtue to be taught. More than the competition, we must focus on collaboration and cooperation.

I face this on a daily basis where parents say something at home and say a different thing at school. There is always a contradiction in their statement. They are so scared of their children. To correct them. On the other hand, there are other extremes who believe in “spare the rod, spoil the child”. For any big or small mistake, the use the rod. So, the child gets punished for anything and everything. Children start taking values/ ethics as a burden and when you try to explain them they perceive it as a lecture or a boring session.

According to Theodore Roosevelt “ To educate a person in mind and not in morals is to educate a menace to society.”

Ethics is ultimately about the relationship. It is about people and relationships with one another.

The right approach is to have parents and teachers on the same side and work towards the betterment of children and society at large and the biggest step is to be role models for our younger generation and practice what we preach and preach what we practice.