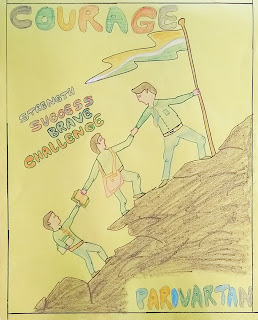 This is a story about Dave, a new student who had recently been admitted to the 6th grade. He was a good student - polite, sincere and very hardworking. His good etiquette and demeanour always won him favour among his teachers.


Adjusting to the new school wasn’t too difficult for him, he immediately got used to the environment of his new school. He started excelling all of his classes and also in other extra co- curricular activities; all his teachers tagged him as “the ideal student”.

Some of his classmates didn’t like this too much, they were jealous of him and were driven to prejudice, so they decided to take the matter in their own hand. Some boys started ignoring him while others decided to bully him.

They would throw all sorts of garbage at him whenever he would walk past them, like wrappers, pencil dust, leftover, etc. They used to call him by his nickname and spread many false rumours about him.

Dave, being the polite boy, decided not to react based on their actions, he thought that by pretending not to be offended, they would eventually get fed up and stop, but the bullying got worse day by day.  In a few months time, Dave became more quiet and timid. His class performance declined tremendously and he started becoming more reclusive.

It was in one of those days, towards the end of that academic year that Dave had had enough of the other boy’s tactics. He finally gathered some courage and went to a teacher. The teacher immediately consoled him regarding his situation and assured him that strict action will be taken against those boys.

“If you would have come to me sooner”, the teachers told Dave calmly, “ So much of damage could have been prevented.”

Dave agreed, “Yes, I realize it now. I should have been bolder and come to you sooner. I am sorry, sir.”

The teacher patted his shoulder saying, “I am pleased that you did come to me finally. Well done, Dave! You have been really strong and patient. You learned an important lesson today, utilize it in the future.”

After this incident, Dave progressed on to become a good student and a good individual. 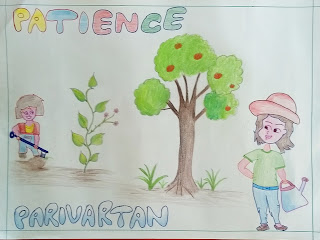 When Rohan was offered a new job as a teacher in one of the states he had always wished to work in, he couldn’t deny, he just decided to accept the post. Once he had arrived at the designated place, he realized how much of a struggle he would have to face in that area, especially regarding the language barrier. At the school too, the students couldn’t speak or understand much English or Hindi, they only understood more of their local dialect. This further created a wide furrow between him and his students.


The first day, he tried teaching them using many diagrams but the students got distracted midway and started disrupting the class. Finally, Rohan decided to take up coaching lessons for the local dialect.

It was a big task and a huge struggle for him to re-learn something completely different. He would get easily confused and made many mistakes, even after he started using local dialects in his classes to explain a few things. The students would frequently break out in peals of laughter whenever he made any mistake, disturbing the overall atmosphere and the quiet ambience of the class.

His friends and family back at the home would regularly suggest him to leave the job and return back home, but he was determined and prepared to complete his task.

Although it took him many months, Rohan was patient and hard-working and soon his students also recognized these qualities in him, and started paying more attention to his classes and the lesson being taught at hand.

By the end of the year, Rohan was greatly appreciated by his students and also his colleagues. He was admired for his hard work, dedication, and patience. He inspired many young minds to follow the path of patience, and it eventually led him to win the “Best Teacher” award.