A Test of Courage and Patience 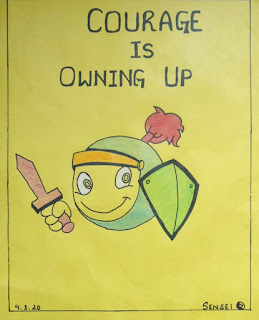 It was rare for middle school students to find themselves in possession of a motorcycle, no wonder when Urgen found himself in possession of one; he was going to make the most of his autumn days. Though it was a second hand Yamaha RX 125, it was the envy of every boy in school and admired by girls across the town. Urgen felt like he had found the Pegasus he needed to conquer the world.

The days were long and the seasons predictable. Very few vehicles plied the roads of Kalimpong. It was still very far away from being crowded. Boys could afford to play football or cricket on the streets for quite a long time.

Tuition time was the best to make those forbidden runs and Urgen with his friend Anuj decided that they would circumnavigate the town as many times as possible on the newfound joy ride. Studies took a back seat, and blisters and painful falls became a routine. Everyday Urgen reported to school with a new escapade to talk about and all his friends lapped up his stories with eagerness.

Unfortunately for the boys, coming of age was not to be so easy, it demanded an ordeal. An ordeal even by maturity index was quite difficult.

That unfortunate day, the two friends decided that they would visit Deolo, then a newly revamped tourist attraction. It was a few miles above the Kalimpong town. So like every other day, they hopped on and rode to Deolo. The ride was far from fantastic, a novice rider, and the equally nervous pillion rider, but it hardly mattered. For them it was breathtaking, riding along empty streets, flying in the admiring glances of their peers.

Unfortunately, the ride downhill wasn’t what they had bargained for.

They stopped at their friend Tashi’s (RIP) place below Dr Graham’s Homes, chatted for a while about nothing important. Thereafter Urgen kick-started the motorcycle and had only revved up the engine when a mangy person, in tattered clothes, jaywalked across crossed the road. Being a rookie then didn’t help Urgen or the jaywalker.

The motorcycle ran him down; the pillion rider went flying over the man and fell with a thud. The entire neighbourhood went quiet. The man got pulled aside, where he panted for a while and then started to bleed. Two young boys found themselves surrounded by a mob that had gathered there. It wasn’t a friendly mob. They could sense wolves baying for blood, already.

Courage has a strange way of establishing itself. It doesn’t rouse to action like anger. It is rather placid, like a lake. It helps a person stay afloat especially when the odds are against him/her. Thus, it was now required by the two young boys against a quickly gathering mob. Ears tingling, legs shivering and voice choking but aware that they would have to get out of the ordeal or else it could lead to an unpleasant situation.

Thankfully, Tashi (may his soul rest in peace) intervened. He courageously stood by his friends. Taking his cue, Anuj found his voice. Tashi somehow managed to convince the mob about their desire to engage in an understanding and later treat the injured.

The way out was achieved but they had a bleeding man with them and the threat that the matter would reach the police (now that would have been tragic), considering they had a mortal fear of the police. The most unfortunate discovery was that the injured man was both deaf and dumb and a vagabond. It would now be the responsibility of the boys to get the man back to his feet.

Getting him admitted was another problem. The staff at the hospital wanted the police to intervene since it was an accident. Few felt it was more of serious than that, suggesting a homicide. 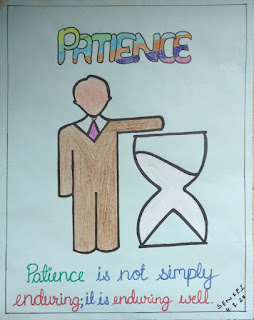 Nonetheless, constant pleading on their part helped them get that man get first aid. It is testimony to the then apathy displayed by health officials. Once the man got admitted, the three boys got to heave a sigh of relief but they knew somebody had to take the blame, be the fall guy.

It would require courage, talking to their parents. They didn't falter, they owned up. Their parents met. Unfortunately,  Anuj’s parents refused to help. Urgen was left in a lurch by Anuj. Though it didn't show on their faces, Anuj since then felt that he had let down his friend.

The injured man had to be taken care of and it all fell upon Urgen’s family to see their child through the ordeal. Urgen knew the pain, but Anuj experienced the betrayal closely. He had not held up his side of the bargain. It was an albatross that would hang by his neck forever.

Over the years the accident strained their friendship, but it never led to their falling apart. They remained friends and still do. They patiently worked their way out of that disappointment. The good thing that remains till date is that they cherish each other, though they have not discussed that letting down. Only time will tell if they ever will.

Let’s hope and pray, they will. 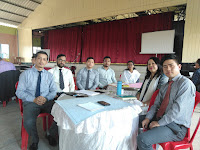