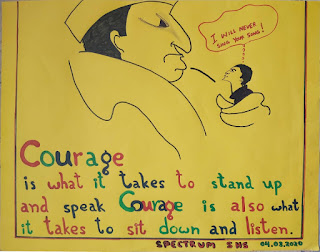 At the age of 6, Jason had an experience that triggered his anxiety and as time went on this worsened for many reasons. The bullying began when he was 10, they would call him, especially Kenneth with horrible names and put him down.

This was just the beginning of it all. In senior school, it all started again. He was purposely left out and had comments made about him. He remembered when one boy said to his friend, 'You're not friends with that freak are you?' and my friend said 'no' even though he was.

Any confidence he had in himself was destroyed, his friends were too embarrassed to admit they were friends with him. When the bullying began his social anxiety worsened. Everything he said got knocked down so he stopped saying anything.

He couldn't get himself involved in activities. He didn't leave the house and he did not want to speak to anyone. At 14, all the comments triggered his eating disorder. Not eating was the one thing that he was able to have control over that no one else could comment on.

As time went on Jason then began feeling very depressed. He found it difficult to go school, he had no motivation and he didn't want to leave his bed as he felt worthless to everyone.

This time he was also getting blackmailed as they would say 'Your friends and teachers hate you, everyone will be better without you'. Jason felt useless, stupid and hated which then made him self-harm and depressed.

He felt like he had no future and no one wanted him, but eventually got the courage to go to the ring leader, Kenneth and revolt against him and his bullying group. He had kept everything bottled up for months. Jason was able to chat with Kenneth and his group and express with more comfort and less nervousness about his bullying nature. After that, he felt like a weight had lifted from his shoulders.

The whole school raised their hats off to Jason for having the courage to revolt against the bullies. 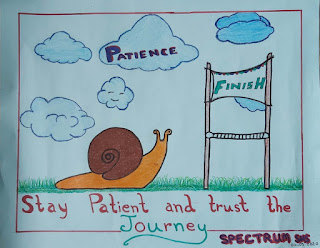 Laloo, a 10-year-old child was enjoying a mango in warm June afternoon. He relished each and every part of the mango except the stone, he threw the stone somewhat 10 yards away. They had a small plot of land where stood the old mango tree.  He never thought about the tree at all. Every year he enjoyed the fruit but never questioned about the origin of the tree.

Time went by and Laloo grew up to be a young man. He was quite intelligent and got through the state competitive examinations and became an officer. His father was getting old.  Now Laloo desired to extend his house and wanted to cut down the mango tree. He had forgotten the joy the tree had given to him in his childhood days.

His father was against his idea to cut down the tree. He explained that his grandfather while planting the tree was quite old and never got the chance to taste the fruit. The son that is, the boy's father too waited for a couple of years for the tree to bear fruit and he never lost his patience.

He never thought of cutting down the tree.  He explained to his son that had he never the virtue of being patient then he too would have never enjoyed the fruit in his childhood days. The father explained to his son that he too might have grand children and they too must enjoy the fruit from the same mango tree which the grandfather had patiently waited to bear fruit. 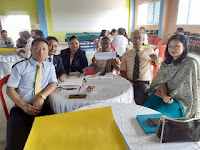