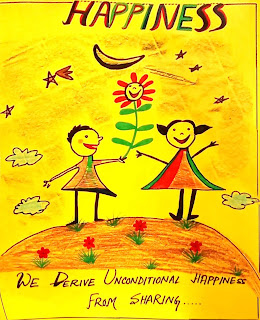 Excursions have always been expressed as journeys of exploration may be of places, cultures, traditions or values.

It was in the month of November when the students were escorted to Bengaluru as a school trip and you can quantify the customary excitement of the children moving out for a trip. To be precise, when we were on our way back to our home station, I was taken aback when I noticed that the train was rolling on late and we would be very late for lunch that was planned for us at around 1 o'clock in the afternoon. The realization of delay for lunch diluted the fun but surprisingly at Howrah Station, one of the parents was waiting with food packets. Oh my God! The shouts and the jumps are imaginable. I, along with Tirupati and Kishen, decided to distribute first and enjoy the packets. Unfortunately, when it was for us to check what's there to the stomach, there was no packet left. To address the disappointment, I bought a loaf of bread and was trying to convince them. However, the happiness that Tirupati and Kishen expressed was beyond my imagination and worth learning from. They found it in the satisfaction their friends had. Tirupati said," Sir we are happy to see our friends happy and satisfied." That was the "Wow" moment for me to celebrate as a teacher.

Hunger or crisis as such really seems not to be strong enough to stop someone from being happy. 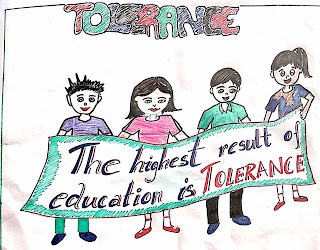 I am so fortunate that it was not labelled as "favouritism" by the educated circle that I belong to. This is a story about a child in my class in the previous session(2019-2020). He is described with words such as a good academic performer, naughty, good in the sports field, disrespectful, supportive but incorrigible. In due course of counselling, I learnt about his discovery or rather identification of a sense of insecurity which was the consequence of him being reprimanded several times. However, respecting him for what he is and guiding him in all his actions throughout have helped me learn that acceptance break the shell of insecurity and helps in building confidence that is steadily making him drive a vehicle of positivity forward. He seemingly is trying his best but may not be successful at all times. What satisfies me as a teacher is when I find myself as one of those whom people look up to for acceptance.