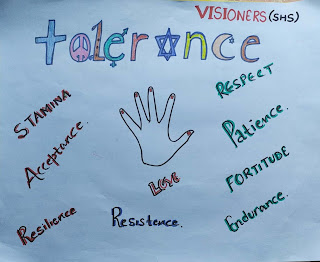 How Tolerance Led to Happiness!


It was the commencement of Spring, when all the little boys ran out of their houses with the packets of colours and joy to play Holi with their friends. Almost all the communities came to celebrate the festival of hue.

Little Tasnim, wearing a white salwar, comes out of one of the flats. Seeing Tasnim all alone, the little boys start splashing water colours on her, ruining her clothes. However, instead of running from there she stood determined until the entire water colours got over. This made the boys burst into laughter but they were not aloof of the feeling of amazement to see Tasnim smile with contentment. 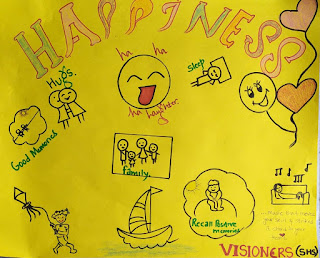 The little girl smiled and went to her home, after a little while holding the hand of her younger brother , she came out and said, " Now, lets go to the masjid."

Surprised by Tasnim's tolerance,the little playful boys let the siblings go. When they came out after offering the prayer to Allah, the boys were standing there with a new stoll, which one of them had brought from his mother, as a gift to the girl. Tasnim and Aahnaf were shocked to see the same gang nevertheless overwhelmed to know that they had come to be friends. They put the colours on each others cheeks and Tasnim accepted the gift happily.