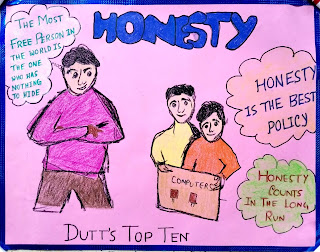 Debasish, a computer teacher noticed that the chart put up with much effort by his students outside the computer room used to be torn immediately after it was put up.

On investigating it was found that two boys in his class - Gourav and Suraj were involved. Though Suraj had not done anything he has seen Gaurav tear the chart paper but had kept silent. Debasish thought of many ways by which he could tackle the problem and the simplest way was to report the matter to the co-coordinator and punish the two boys. 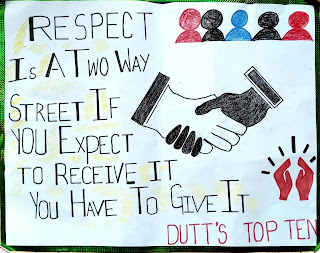 However, after much contemplation, he decided to discuss the matter inside the classroom and talk about the need for respect and honesty in our lives. This was unusual as the boys were used to being punished for minor offences. Debasish’s strategy was soon found to be effective when there was a storm one night and some teachers noticed the same boys Gaurav and Suraj removing the charts for safekeeping.

We learnt that respect is a two-way traffic where a teacher respecting a student even when they had made a mistake paid off with the students reciprocating with their act of showing respect.