THE ARRANGEMENT
“Triiiinnngggg!”, the bell chimed announcing the commencement of a new academic session. Mr Rohit, as nervous as he was, was prepared to face the challenges of being appointed as the new classroom teacher for the 8th grade. He had already planned ways to involve new ideas in his classroom and he was extremely excited. 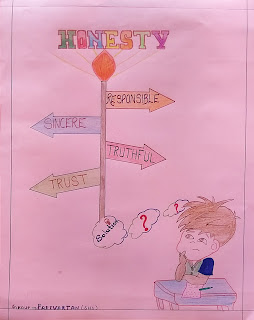 As soon as he entered the class, he noticed the disorganized seating arrangement and so he decided to bring about more harmony and equality among the students. He planned the seating arrangement according to the physical attributes of his students, focusing on their heights. At the end, he was quite impressed with his managing skills.

As the days went by, he noticed that some of the back-benchers had frequently begun disrupting the class by constantly giggling, and disturbing the fellow classmates.
One day, Mr. Rohit decided to take up a class test, and he expected everyone to excel, but the outcome was quite contradictory. The back-benchers had failed to grasp the concept of his lessons, this disappointed him.
He decided to confront them in the class

“Anup, Soraj, and Raj”, Mr. Rohit said sternly,” Why have you not studied properly?”

The three boys kept quiet.
“Answer me!”,  Mr. Rohit ordered, sensing a surge of anger swelling inside him, “Did you not understand what was being taught?”

Mr Rohit took a deep breath, collected himself and asked in a softer tone, “I am sorry if I am being harsh. I just want all of you to be involved in the class and gain as much as you can. If you had some problem with my teaching method, you should have told me beforehand.”

Then suddenly, one of the boys- Aditya who was sitting at the front, answered. “Sir, they weren’t able to see, and hear you properly. They have some shortcomings of their own.”

This revelation disappointed Mr Rohit as he understood his impulsive mistake. He smiled and replied, “I apologize for my ignorance and quick judgment, and I am grateful to Aditya for being truthful and helping out your friends.” And then addressing the three back-benchers he said, “I apologize to you three as well, it was my mistake that paved the way to your bad performance, but you should have been honest from the beginning. Honesty is an important asset that needs to be learnt and followed. If your friend wouldn’t have pointed out my mistake and your difficulty, then I would have never known and this would have hampered your performance in your academic career. Please don’t ever forget this and the next time if you have any problem, please be bold and honest with me.”
The back-benchers realized their mistake and apologized to their class and vowed to be sincere and truthful after that incident.

The seating arranged was then changed as per the requirements of the students. This change shifted the progress of the students to another level and the entire class performance improved tremendously.

LIFE LESSONS
Sarla was the epitome of what is known as the ‘Average Student’. Her overall performance during her school life was neither too good nor too bad, but the most remarkable attribute she had was her sincerity and her heart of respecting everyone around her.

The other children used to criticize her for being mediocre, calling her ‘meek’ and ‘naïve’, but she never reacted to their odd comments, she was always polite and sincere under all circumstances.
A few years later, after she had completed her studies, Sarla ran into her old English teacher, Miss Jasmine. By then, Sarla had already accomplished many goals and was doing marvellously well in her career. She was known as the Woman of great Honour, but even then she never forgot her old values and integrity. 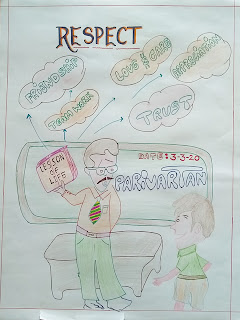 At first, Miss Jasmine thought that like her other old students, Sarla too would ignore her but to her surprise, the latter quickly recognized her from a distance and came up to her.
“Ma’am!”, Sarla exclaimed with a smile, “Good evening! I am so glad to see you!”

Miss Jasmine was taken aback and she smiled back saying, “Good evening, Sarla. I thought that you would never recognize me.”

“How can I not recognize you, ma’am!” Sarla said, “If it wouldn’t have been for you, I would be nowhere right now. Whatever I know, I learnt from you.”
“From me?” Miss Jasmine asked, “What did I teach you? I was only an English teacher.”

Sarla smiled saying,” Ma’am, to me you aren’t just an old English teacher, but you are also my role model. I learnt great life lessons from you, and all that has shaped me into who I am today. The way you listened to each and every one of us, and the way you respected our ideas have helped me grow so much as an individual. I am so grateful to you! Thank you, ma’am”
This made Miss Jasmine very pleased, her role as a teacher had become a medium of inducing inspiring development in a student. She felt like she had done her part and played her role successfully, she felt a deep sense of satisfaction grow inside her heart.