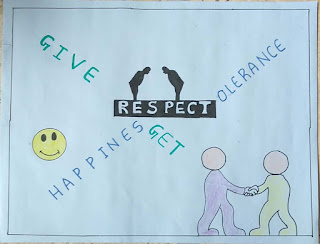 It was spring, the air was exuberant as the students of Sri Sathya Sai Institute of Higher Learning, Puttaparthi were busy preparing to bid farewell to the outgoing seniors.

A lot of things were happening in the institute; studies had taken a back seat, some were arranging logistics while others were rehearsing and the rest looking after other requisites.

Since it was our responsibility to make all the arrangements, we were hard pressed for time, but we wanted to make the event a memorable one for our seniors and wanted to gift something valuable owing to which we made a trip to the town.

After wandering along the alleys and the lanes of the town, we finally found a store that made customised wall clocks. After bargaining over the price for a while, we ordered for ten pieces and asked for the bill and returned.

However once we reached the hostel, we realised that the shopkeeper had made a bill that was far lesser than the price of the items we had ordered. He had utterly missed the amount. It was supposed to be x amount but he had forgotten a zero in the final amount. 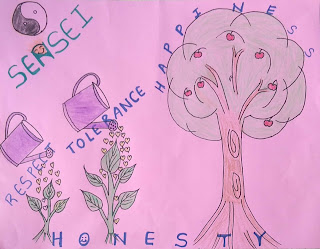 Now a world of temptation opened up before us. Like the fruit of the tree of Wisdom in the Garden of Eden.

It attracted a few heads that did contemplate keeping to ourselves the generous amount that would be left over for us and how we could help ourselves to a hearty meal with the left-over amount.

Since we had a few more days in hand before we made the final payment, we all began to feel anxious about our plan; all of us struggling with our own consciences.

Fortunately some sane voices among us prevailed and suggested that we do not bring to disrepute the name of the institute since it represented a faith that resonated with many, and a lapse of discretion on our part would be something that would haunt our integrity for a very long time. Thus, despite the initial resentment, we all came to a common conclusion that we will inform the shopkeeper about his error.

Discussing all possible outcomes, we reached the shop. Few among us still apprehensive, most of us resolute.

No sooner did we tell the shopkeeper about his error than he jumped out of his seat. It was a significant sum and he thanked us profusely. Out of gratitude, he ordered a simple fare for us that felt like the heavenly manna, for it was presented to us with Respect.

That day we understood that our simple act of Honesty had managed to uphold the integrity of our institution, confirm our self-esteem and re-instill the faith of the shopkeeper in the student community.

That night all of us slept easy; our hearts light and happy. 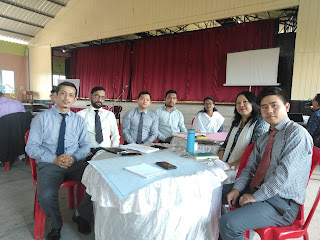