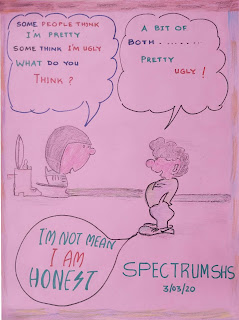 Janet, a middle school student, was the hub of the class. First, in academics, co-curricular activities and well-disciplined was the tag for Janet. Since she was in her adolescence, she was very conscious of her looks. She felt that her looks were not at par with her achievements. Her extra hours were spent in front of the mirror with the make-up kit beside her. She brooded over her looks more than anything. A behavioural change was slowly visible in her. As school children, she had friends, and Fred was the dearest one for her.


Fred being the closest, noticed some changes in his friend. He was worried about her and bring out the truth about her changes as a person. It was a tough task for Fred to break the ice for he knew that Janet was pretty enough, but her scything habits over the others was her weakness...just because she admitted that she was pretty. She did not notice that her nature did give a negative appearance on her looks too.

One Sunday evening, Janet invited Fred to tea. He made up his mind to be as honest as possible to Janet for he knew that he would raise questions to him regarding her looks!

As the story goes, Janet did ask Fred about her looks, and Fred simply answered that she was a compound of pretty and ugly. Janet broke down bitterly. The other day Fred tried his best to explain the reason for using such a phrase at her. It was an honest answer because Fred wanted to open his friend's eyes and take away her snobbish habits.

A week passed by, Janet did not call Fred at school or at home. She felt that Fred was too rude and impolite and may be jealous of her looks and achievements. 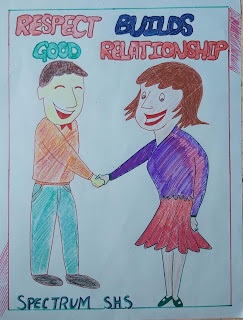 On the other hand, Fred simply ignored Janet's perception and wanted to go over Janet and talk to her. Janet simply avoided him. She felt that Fred was no more her best friend.

Class unit test approached. Janet was haunted by Fred's answer. She could not concentrate on her studies and perform well. Patricia stood first in the class! Got a shock for Janet! She could not take the defeat. She concluded that an ill omen was hovering over her life.

The rift between Janet and Fred widened. Janet lost her charm and looked depressed, beaten. Fred could no more take Janet's situation. He went up courageously to Janet and explained to her the fact about his honest statement. With respect, he wanted to bring a change in her. He accepted that he was straightforward and told her that every honest answer given with respect sounds rude.

Finally, Janet understood Fred's way of correcting her and also helped her to respect others and most importantly, oneself. 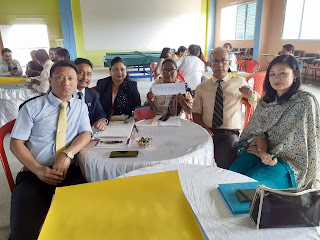