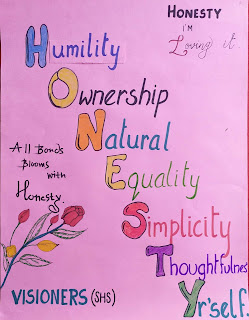 "I'd rather be honest than impressive", fits best with the little ones who unknowingly possess the attributes of honesty and respect which are the two sides of a coin. The innocent honest confessions of the little ones of hurting someone and later repenting over it is priceless. The sight is of a million-dollar to see a child owe to his teacher for stealing a pencil or an eraser.

However, the attributes of honesty and respect are reflected even among the adolescence. It gives me profound contentment to share how a child owned up his habit of stealing books. 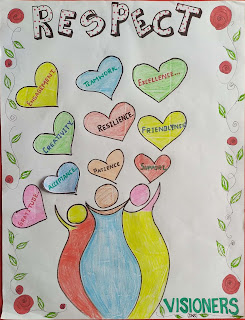 I vividly remember once a senior student requested me to help him find his lost book. To my surprise, the entire class looked for the book. Somehow, the boys of that class found it hidden under the bookshelf.

The boy was elated, thanked the entire class and left the room. During the recess, one of the boys of the same class approached and confessed his guilt of stealing that book.

Being a teacher, I appreciated his action. The story doesn't end here. Later in the evening, I found that the boy had confessed and apologized to the senior student. It was a breathtaking moment to know the fact that how courageously and honestly the little boy accepted his mistake.

He really earned profound respect in the eyes of the senior boy.