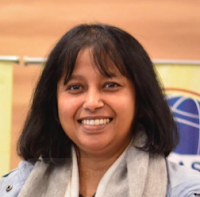 What else is division supposed to do anyway? The foreigners who managed to invade us and decamp away with our wealth could do so because they did not endure or encounter a joint unified force again them.  We were disharmonious and disjoint, propelled by individual interests and entities. The British the last of them all, made hay while the sun shone. Their policy was to ‘divide and rule’ and they succeeded.

After independence, we thought there would be one India but separate lists were created to segregate us into scheduled casts,  tribes and the so-called general ones.  Unwittingly, we built barriers instead of bridges. The plea of ‘one nation one voice’ still stands unaddressed because India speaks in many languages, many of which we do not understand.

TURNCOAT
Division divides! Does it?
Incidentally, the quotient of division is obtained by the process of multiplication! Eg. to divide 27 by 3, one would have to multiply 3 by 9. Why should we thus deduce that division divides?

Remember when we were not free?  Irrespective of our varied casts and communities; religion and language,  did we not rise together against the British? On the call of our great Mahatma Gandhi, did we not sweep our country with a fervour of non-violence and ultimately drive the aliens out?

Even to this day, we experience inclusiveness in our diversity. We respect those who are different and acknowledge their contribution to our lives. They have multiplied our joy and enriched our existence. The different festivals that we get to celebrate in India, is just an example. I am sure you agree!

Whether division divides or multiplies, on the metaphysical plain, thus remains a subjective perspective...just as beauty lies in the eye of the beholder. Happiness divided/shared is happiness multiplied they say.