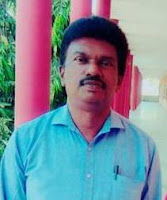 There are some students who always complete their work on time. They are always eager to do their work with maximum perfection. If it is a written work, they try to write them in good handwriting without any spelling mistake. They have seriousness in their task and a strong desire to accomplish it. They are ready to face new challenges bravely and are better at setting goals and working hard towards them to achieve. They are well organized and responsible for their action and are able to control their emotions effectively. Those who are having these qualities are conscientious and success is always with them.

If we study the life of great people we can understand how conscientiously they led their life. One of the most influenced personalities for me is Mahatma Gandhi. When I read about his life I could understand that there were a strategy and a specific goal in all his actions and he never deviated from his vision. I would like to share one of such inspirational attitudes that he possessed as a lawyer. He never resorted his untruth in his profession. A large part of his legal practice was in the interest of public work for which he never charged. When he was a student he heard that the lawyers' profession was a liar’s profession but he never influenced by it. Later when he became a lawyer, he had no intention of earning either position or money by telling lies. He always wished that he should win only if his client’s case was right. He never expected more or less than his fees whether his clients won or lost. He wanted every new client at the outside that he should not expect him to take up a false case or to coach the witnesses with the result that he built up. He tried to make such a reputation that no false cases used to come to him. During his professional work, it was also his habit never to conceal his ignorance from his clients or his colleagues. Wherever he felt himself at sea, he would advise his client to consult some other counsel. This attitude earned him the unbounded affection and trust of his clients. They were always willing to pay the fees. He always stood for the truth.

School Is the place where students can get there essential things to nurture their inborn qualities...Educators being facilitators should provide them with all facilities for developing their skills and qualities. If they become conscientious they will set goals themselves and they will achieve success in life. Each educator’s satisfaction lies in the success of their students.
Byju P. Joseph
bjh@fabindiaschools.in
The Fabindia School, Bali