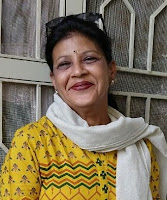 Far, far away there lived a little girl called Apala. She was a good girl who went to school every day and helped her father look after her small brother Ali. Sadly her mother had died when Apala was still very young. Her father cared for both his children and they loved him very much. But one day when Apala went to wake him up he couldn't get out of bed. Instead, he just groaned " I feel ill," he said " Well, said Apala " then I will have to look after you today". But her father wouldn't hear of her staying off school. I'll be fine" he promised. Don't worry ". But Apala did worry. She couldn't concentrate in school, she kept thinking about her father. What if he never got well? Who would look after her and Ali? By evening, Apala was very upset and felt in despair. Her father was still ill. What should she do? Finally, she had an idea.

When she was a small girl, her father had told her that if you look at the night sky and see a star you have never seen before you can make a wish. So when it got dark, Apala searched the sky until she found a new star. Closing her eyes, she wished out loudly: "Please, please let father get well ".

Suddenly a voice asked, "Can I help you". In front of Apala stood a lady who had been passing by and had heard Apala's words. She looked so kind that Apala immediately took her to see her father. "He has a fever ", she said. But don't worry. My name is Shanti and I can help and she did. Even when Apala's father was well again. Shanti still came to visit the family and one day, the father told the children that Shanti was to be their new mother. That night, Apala smiled up at the stars. Now she had got two wishes. How lucky she was!

Reflection. It can be hard not to worry but in times of trouble there are people whom we can trust and who will help us if we ask them to.
Sharmila Vijayvargi
svi4fab@gmail.com
The Fabindia School, Bali