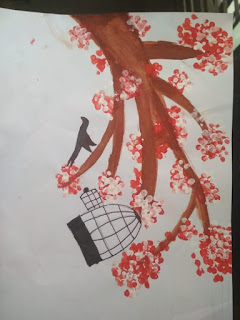 The greatest test of courage on the earth is to bear defeat without losing heart- R.G. Ingersoll

Rishi is a timid boy studying in Grade 7. He has the distinct accent of his mother tongue when he tries to speak in English. It is always a thrill for his friends to make fun of his accent, the moment he starts speaking. Timid and shy as he is, Rishi chooses to remain in his shell unless forced to come out of it! His Maths teacher noticed that with each passing day Rishi was starting to lose interest in her subject and refrained from asking questions to clarify his doubts in the class. She chose to take the initiative to make this little boy turn around in Mathematics. So, she mentioned that whoever could not finish their work on time, would have to do so by staying back after school hours.

As expected, Rishi was the only one who had to stay behind to finish his work. The teacher took it as a chance to interact with the shy child and soon could make out that his problem was not with the subject but with his communication. She motivated him to muster courage and to speak. She assured him that his friends would lose interest in teasing him once he was able to overcome his fear; he could, definitely, win his game. 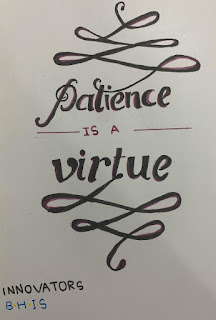 The session with his Maths teacher infused new confidence in Rishi. He reverted to his usual self, clarifying doubts and sharing his ideas in class. Initially, he felt upset as many students giggled, but he learned the tenacity to ignore them. The teacher happily answered his questions, and at the same time instructed the students to maintain decorum while in class. Rishi was all the more encouraged to speak fearlessly and confidently. He regained his interest in Mathematics and practised it regularly. The Maths teacher was patient with the children and continued to encourage them. It brought an immense sense of satisfaction to the teacher as she was able to enthuse this otherwise timid child with a sense of courage, by her patience and affection. There was a sea change in Rishi's attitude after this incident. He not only became active in his classroom but also made more friends in school. Soon he brought laurels to the school by participating in various inter-school events. With every passing day, he became more appreciative of the little things around him. He became more patient and courageous.