Samar was a poor boy, who lived in Mumbai in a small house with his grandmother. Their only source of income was his grandmother’s pension, which was barely enough for his school fees and other daily expenses. Samar’s school was far from his house. In spite of this, he used to walk to school, to save some money.

It was his first day at school as a 6th grader. He reached school late. When he entered his classroom, all students were already in their places. His new class teacher was sitting at his desk and was noting down the attendance. 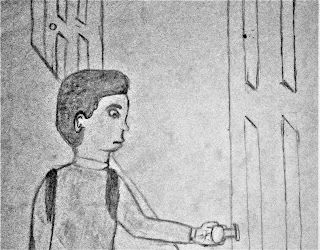 After Samar entered the class, the teacher called him over to his desk. He asked the boy the reason for his late coming. But Samar remained silent. The teacher just scolded him – this being his first day of a new academic year – and warned him to be on time. Samar listened patiently and went to his seat.

The next day, once again Samar reached school late. This time the teacher was angry, and as a punishment, he hit Samar on his palm with a ruler. Samar took the punishment silently and went off to his seat.

This carried on for a few days. Everyday Samar would be late and his teacher would hit his palm with a ruler as a punishment. Samar took his punishment silently and patiently.

One day when the teacher was on his way to the school, he saw Samar escorting an old lady, in a wheelchair, to a Daily Care Center. At that time the teacher understood the reason why Samar always came late to school. The teacher went ahead to reach the school on time.

Samar entered the classroom, late yet again. However, the teacher did not punish him. He recalled what he had seen on his way to the school. He asked Samar about it. Only then did he come to know that the old lady in the wheelchair was Samar’s grandmother. She had met with an accident two weeks prior to the start of the school, due to which she was unable to move around on her own, and had to use a wheelchair. 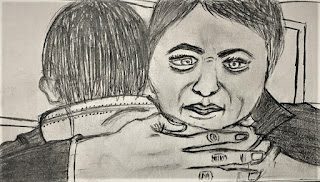 Hearing this, the teacher felt very sorry for punishing the boy without understanding his circumstances. He knelt next to the boy and hugged him with teary eyes.

The teacher's actions expressed his silent apology for his mistake. He openly praised Samar for his patience and efforts.

In the end, Samar won over his teacher by his patience and relentless courage in facing the adversities that came his way.

It takes courage to accept one’s mistake and to praise someone’s efforts.