Students always have the tendency to grasp things in different ways which may not always
be what we would like to portray to them. As teachers, we are expected to maintain a balance between students’ happiness as well as class discipline. 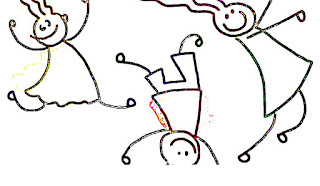 Happiness and Tolerance are like two sides of the same coin where the students, as well as the teachers, may face difficulty in applying them in their every-day lives. A classroom incident to which we as teachers or reminiscing our school days may relate to is given in the following short story.

So there's this one student in Class IX who has been good in academics, good in sports, moreover he is well-disciplined, but there's only one thing that he is lacking, that is tolerance and that too when he has done a mistake unintentionally and he gets a scold from the teacher, he loses all his cool and becomes the real opposite of what he actually is...

He feels happy when he succeeds in anything, be it academic, sports, arts, anything but once he gets a sign of failure, he doesn't seem to care what he speaks or what is he doing...
I noticed it many times and I was a bit curious to know a solution for him where he can be happy and tolerant at even bad situations. So one day, I entered the class, called him up and asked for his notebook, and I was really glad to see that he is all checked with his work. Still, I made a quick comment by saying, “You should pay attention to your handwriting, my dear."At the very moment, he listened to my statement and became red in anger and said,” I won't do anything now". And yes, he was in the intolerance phase now.

I called another student who had not completed his work and asked him to improve his handwriting and with that, the second student replied, "Yes ma'am, I will". Then I took the first student (the main kid) outside the classroom and made him sit on a chair and said, " You see even though he didn't complete his work, I was aware of that but when I suggested him the same thing I did to you, he was very polite with his answer and I know he will definitely pay attention to his handwriting. On the same place, you're a good student and we expect you to be the best as you are, and if you take our suggestions positively, it will be you who will be good at everything. I hope you understood my kid".

The next day when I entered the school gate, he came up with a smile and apologized for yesterday's scenario and said," From today onwards, I will not be angry at anything and really try to take your suggestions in a productive way".

This made me very glad, seeing a student like him who understood the concept of happiness and tolerance...