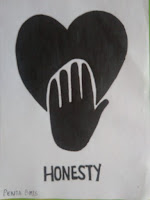 Honesty & Respect - I
“The high road is always respected. Honesty and Integrity is always rewarded.”---Scott Hamilton.

Honesty, and broadly integrity, are important traits in one’s academic and professional life. In school, a healthy student-teacher relationship comes from mutual respect and trust; these can further lead to the building of nascent characters. Common civilisational values build an honour code in individuals that can act as a beacon all through their lives.

In the little world of my classroom, when I ask a question, students need to raise their hands first, wait for me to call upon them before they get to answer. Sam would never volunteer to answer. Whenever I asked him if he had understood the concept, he would keep an embarrassing silence until the student sitting beside him prompted the answer to him. Most often, Sam’s answers would be fashioned from these prompts. I explained to everyone that prompting their friends was a hindrance to learning, never a help, as I would never come to know whether Sam had actually understood the concept or had merely repeated another’s the answer. 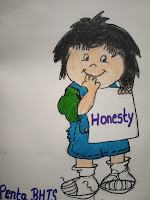 Cut to the test day. As was the norm with me, I reminded everyone to focus on their own papers and not others’. While correcting the answer scripts, I was shocked at Sam’s poor performance. The next day, I asked him what had happened in the test. He ruefully told me that he had not prepared for the test and added,
“I did not want to copy from my partner’s paper as I really was unaware of the answers”.

More than his grades, I appreciated him for his honesty and sincere approach to learning. Sam was able to tell me the truth as he believed that I would respect his standpoint. Well, he had also earned my respect. His parents were emotional when this incident was brought to their notice. It was important for them too, to look beyond his marks in comparison to his classmates.

Honesty is more than being truthful. Honesty refers to being morally correct – which in turn, is bound to earn respect. Sam, though different from others, was accepted by all for his integrity and had succeeded in building a network based on respect.

“Speak with honesty, think with sincerity, and act with integrity.”---Anonymous 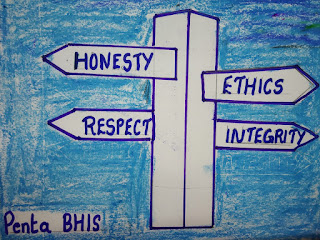 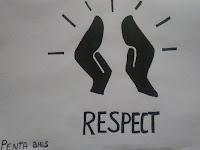 This was a new Grade IX for me. The students were aware (from their seniors) that I am a no-nonsense teacher, just as I knew this class to be a troublesome one. Within two weeks of school, we had a class test of 25 marks. The test was based on grammar with objective questions.

I returned the corrected worksheets and began discussing the answers. By the end of the class, this very bright teenager, with a reputation for not only disturbing the class but also instigating others to follow suit, came up to me. He grudgingly pointed out my ‘mistakes’ or ‘perhaps oversight’ (in his words) in my corrections. 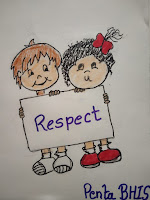 I could immediately discern that these changes in the answers had been his handiwork in the last few minutes. The correct answers were either too carefully written or stood out of a mess of scratches. Clearly, the child was not yet masterful in his questionable ways. Not just yet.

I studied all my ‘oversights’ and his apparently ‘correct’ answers carefully. Calling him aside, I asked him twice – “Are you sure?” The second time, he did not look at me as he nodded.

I took his worksheet and marked him 25/25. I told him that I would be uploading the marks the following day. So, he needed to think and answer with complete certitude if he truly deserved a 100% score. After all, he was seeking fairness.

The next day, he gave me a note from his mother, still avoiding my eyes. The note said how my words had made him think, but he could not undo the damage when he had chosen to go on with his lies - that being the easier way out. She thanked me for making her son introspect and reject the wrong path. After expressing her gratitude, she requested a favour. Since the boy could not own up (being afraid to create a poor impression at the beginning of the academic year), could I forgive and help him?

In the next little discussion that we had (out, in the corridor), I acknowledged his ability to see the truth for what it was, irrespective of how daunting this might have been for a youngster. I changed the marks to the actual figure he had secured but told him that he had scored 100% as a human being in my eyes.

Strangely, I did not encounter any disturbance in the class in the two years I taught it.