At the beginning of the academic year 2017-18, the weather was hot and humid but the mornings were pleasant. On 4th April, my new bunch of students started entering in my class as the clock showed 8:00 a.m. I could see the nervousness, tinged with curiosity in their eyes, as they were meeting and seeing me for the first time.

Among these 30, there was a child who caught my special attention. His name was Enrique Logo. Although they were hardly 8 - 9 years, Enrique was far more mature for his age and the very next day I was heartbroken to know that he was a special child with dyslexia and dyscalculia. 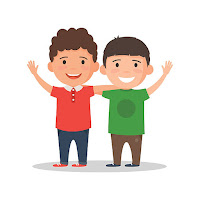 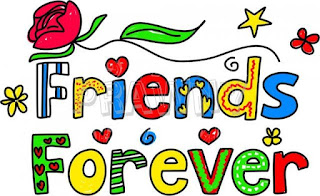 He was an introvert and did not care for the instructions of his assistant teacher. Looking at the scenario I decided to intervene, indirectly. I assigned Kiyaan Shah as a peer buddy to him. Kiyaan was a sensible and sorted child.  Soon,  both of them became good friends and developed a strong bond of friendship. They started sharing their food, moved out to play together during break time and seemed to get along very well. Enrique had also started showing an uptrend in his academic results.

Unfortunately, no sooner was everything falling in place by mid of November, than I came to know that Enrique had lost his father. The disheartening news was difficult to accept.  I was worried about Enrique. He came back to school almost after 15 days.  I had informed the class about Enrique's loss and had requested all of them to support him in the best possible way. Everyone wanted to help him get through the bereavement.

All his peers and especially Kiyaan turned out to be his best support system and soon I was delighted to see the gradual return of the same old Enrique - happy, smiling with a quiet sense of humour.

My hope in Kiyaan that he could be the peer buddy of Enrique and the eventual friendship which blossomed between them during the year, made me understand that *"Where there is a will,  there is away."*

Happy for both Enrique and Kiyaan that they found best friends in each other.


“Friendship is unnecessary, like philosophy, like art... It has no survival value; rather it is one of those things which give value to survival.”― C.S. Lewis, The Four Loves