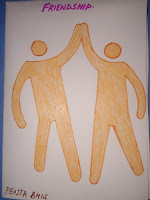 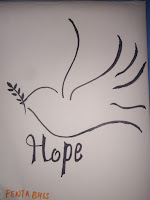 Chitra was forced to face a life of utter hopelessness after her divorce. Her world had turned upside down and all those people she had considered friends were not, in reality, her friends. She had dedicated her life to her family, now it had come to nothing.

Of course, it was not all ‘nothing’. She still had Jeet, her only son. He had been a very bright youngster with immense promise. However, his parents’ acrimonious relationship had also taken a toll on Jeet. He was no longer full of cheer, his confidence had taken a beating and naturally, it showed in his relations with his peers in class. With his parents’ divorce, life in Mumbai was no longer possible. His mother was emotionally shattered, and now she would have to return to her own parental hometown in Rajasthan. She was merely a graduate and could barely see the way ahead. Adding to the trouble was the fact that Jeet had just come to Grade 10. How could he move to an unknown town and school at this crucial juncture in his life? 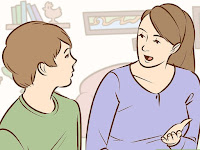 Lifeworks in strange ways. Jeet had always been drawn to his Class Teacher’s compassion and quirky sense of humour. Ms. Iyer was always ‘there’ for anyone who needed her. Jeet, overwhelmed by the thought of losing everything in his world, confided in Ms. Iyer. She heard him out, her heartbreaking at the anguish in one so young, and decided to play an active role in his crisis. She assured him that he had no need to move elsewhere as he was welcome to stay at her place till the Board examination was over and done with. The offer came as a boon to Chitra and Jeet. They could not believe that they could count on a school teacher in what was such a significant moment in their lives. 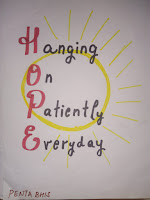 Chitra moved to her parents’ home, to recover mentally and socially from her personal trauma.  Jeet was made to feel as comfortable as possible by Ms. Iyer in her home. Hope floated back into his life. His friends stood by him – not one of whom asked him about his personal life. They would be around if he wished to talk about it. The months grew wings and flew despite the drama in human lives.

Having taken the exams, Jeet went to stay with his mother in Rajasthan. Meanwhile, Chitra had contacted her alma mater. The school Principal was kind and offered her a position in the Junior section of the school. Motivated by the words of the Principal of her former school, Chitra decided to pursue a teaching course while working as a co-teacher in the Primary Section. She was apprehensive as she had no work experience. Egged on by hope, she went ahead and joined the course and was also appointed for the part-time job. This gave her some pocket money, slowly enabling her to look around for people who she could relate to. 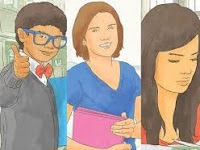 The results of the Board examinations gave Chitra-Jeet-Ms. Iyer a great deal to celebrate about. Whatever may be Jeet’s achievements in life, the one lesson he has truly imbibed is to never lose hope and to always extend a hand of friendship to someone, who needs it the most. The rest in life will follow – as the day follows the night.