Hope and Friendship- Rohin and Buzo

"Dogs teach us a very an important lesson in life: The mailman is not to be trusted"- Sian Ford

For centuries, dogs have been labelled as "man's best friend," offering companionship and loyalty to their human counterparts. This is evident in the life of Rohin who had a dog named, Buzo. Buzo used to play, love, and take care of Rohin. As time passed on, Buzo became a member of the family and a close buddy, especially to Rohin. 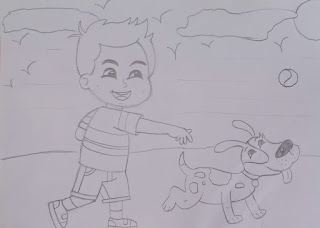 
One night, there came a thief to the house to catch hold of the money. But he saw the dog and thought if he could take the dog too and sell it in order to get more money. Thus, with a lot of difficulties, he dognapped Buzo. The next day when the family realized the fact, they started looking vigorously for Buzo. 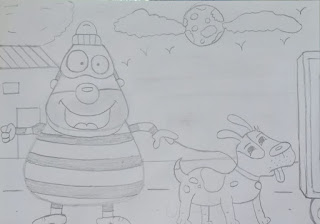 The police gave them a crime number and ran a search on the facts given by the family, but nothing came up. Rohin used to sleep on the sofa night after night with the windows open, hoping to hear his bark. He believed that there is light despite the darkness.

Then, after three months, Rohin found a photo of Buzo on a Facebook account: a dog dealer was advertising him for sale. He looked terribly skinny. Rohin had to do something. He sent the dealer a message using a fake profile, “I would like to buy the dog at any price offered by you.” He replied saying about the price and the place to come to take the dog. 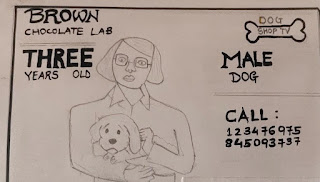 When Rohin and the mother reached the spot with the police, they couldn’t bear to look. Rohin heard his mother saying, “It’s definitely Buzo.” Rohin opened the boot to get his lead and suddenly Buzo broke free from the dealer and leapt into the car. Rohin got in next to him, sobbing with joy and sadness. He was skeletal and smelled awful. He looked at Rohin and wagged his tail a couple of times, then began shaking. He then crawled into Rohin’s lap and pushed his head inside his coat.

The family was really happy. Buzo never gave up on his master which is hence proved by this incident. He regained the weight he lost. Later, the dealer and the thief were caught and put into jail for their crimes. Buzo became even dearer to everyone’s heart including the police. He was a loyal dog who got escaped by his close friend from the clutches of the man who tried to sell him. 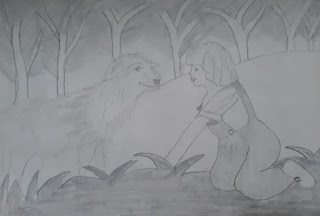 After a couple of years, Buzo died but it was still remembered by Rohin and the family. He remained in his heart forever. The bond he had with the dog began the moment he came into his life and never stopped growing. Rohin told his mother, “a dog is a selfless friend, who gives away his/her life expecting nothing in return but an ample amount of love. Buzo was just like that.” Rohin knew the fact that there is nothing truer than the love showered by man's best friend, dog.