“Hope is .... a vital of our spiritual lifeblood,” states the book Hope in the Age of Anxiety. “And it is the most effective medicine for overcoming feelings of helplessness, alienation, and fear.”

In simple words, it can be easily described as a desire for something to happen in the future. When we feel that we are caught up in a deep world of melancholy, the hope of a brighter tomorrow is what keeps us moving forward. It facilitates inner peace, strength and determination without which life remains incomplete. 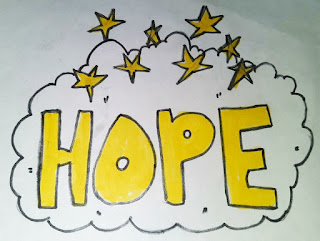 Hope theory suggests three essential aspects:
Hopeful children are happier - they are more satisfied with life. They have better relationships and are usually competent.

As educators it important for us to ensure that our students remain hopeful. It is our duty to -
1) help them build a future focus
2) work with them on plans (or pathways)
3) ask them, “What do you think is the next best thing to do?” or “When to have you overcome something like this before?”

It is better to guide them in finding the answer rather than imposing it on them.


It was a bright, sunny day and the class was filled with cheerful faces. However, the teacher noticed that Dhruv was sitting quietly – she went to up him and inquired about it. He did not reply and after much coaxing, he began to cry. I calmed him down and asked him what was wrong. Still sobbing, he told me that his mother said,” You are not intelligent, you don’t know anything, and I only love your elder brother.” He was very sad and felt hopeless. 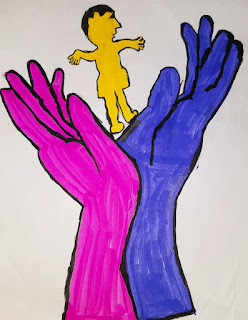 Academics challenged him as he was a slow learner. I told him not to worry himself over an emotional outburst and promised him that I would see him through this phase. In the beginning, he was very reluctant but slowly he started accepting challenges regarding reading and writing which helped him improve in his work. Seeing that he could read and write very much like his peers, he gained hope. He became more confident and positive about himself than he was ever before. He started interacting with the others, and very soon he had developed his own circle of friends.


The interpersonal bond of friendship is what gives us a sense of stability in life. Our relationships with our friends validate us and add varied flavours to our lives.  Schools are perhaps the best place to nurture friendships. It gives immense pleasure to a teacher to see such healthy bonds develop in the class. However, sometimes tensions do arise among students forcing the teacher to intervene and sweep away the clouds of unhappiness, in a subtle manner. 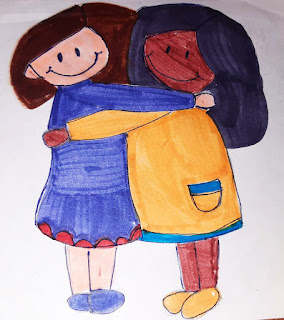 At the beginning of the new session in grade VIII, the teacher could sense that something was amiss among the students. Upon close observation, she understood that a feeling of hostility lay between two girls, Shireen and Pooja. This had, in turn, affected the dynamics of the entire class. The other students liked both the girls and were forced to choose between them as neither wanted to talk to the other's friends.

The teacher realised that she needed to step in immediately before the negativity spread any further. She spoke to each one, separately. Upon some persuasion, it was revealed that a disagreement in Grade VI led them to harbour antagonistic feelings for each other. After a rather lengthy conversation, this time with both of them, the teacher could settle the matter. Interestingly, by the end of the session, the girls turned out to be best of friends, just as they had been before the misunderstanding had driven a wedge between them.

Such interventions, by teachers and parents, sometimes help in fostering healthy relationships leading to a positive frame of mind among the children. It is important for us, as mentors, to bridge the gap. Students need to understand the importance of empathy and try to support their friends when required. It makes them more aware of the way they would have to cooperate with others in the future. Not only does it prepare them to work with others in a real-world, but it also transforms them into a whole new person altogether – filling their lives with hope and a warm circle of friends.