Friendship, a boon to life
“A friend gives hope when life is low, a friend is a place when you have nowhere to go, a friend is a mirror, and you can see yourself just by looking at him.” –the thought reverberated in his mind, he read it somewhere. 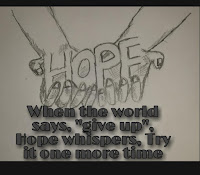 It was during monsoon in Mumbai. Though he had come from Hyderabad in the month of May when you could feel the fierce sun spread its might every nook and corner of this metropolitan city. During monsoon, contrast scenario can be witnessed. Mother Nature soothes all her elements with her gentle shower and spreads green carpets all over.

“Rohan”, he heard the voice from the threshold of his room. He was sitting at the study table putting his back towards the door. He looked back and saw his mother holding a plate of snacks for him.
“Yes, mother” he stood up to take the plate from her hand.
Archana, his mother, came forward, “I wanted to know something from you, Rohan.” She continued, “After you recovered from your illness, I could see some changes in you. Always you are lost in your own world and you don’t have any interest to attend the school. May I know why it is so?” Archana looked at her son anxiously.

Eventually, Rohan shared everything with his mother. He was completely dejected, lost his enthusiasm to speak. But somehow his mother could make out his each and every word. It happened like this, as he had to cover many topics done during his absenteeism, he asked for the help of his peers. But his friends were not willing to help him at all. He requested everyone but in vain. Gradually, he started feeling lonely in the class. He was repenting on his haughty temperament towards his friends. He had understood the importance of ‘Friendship’ when he was in need. He understood that friendship is a relationship of mutual affections between people. Friendship is the strongest interpersonal bond that needs trust, love, care, empathy, forgiveness and mutual understanding to flourish. He was lucky to have many caring and loving friends around but he didn't value them. He hoped to go back in time and settle everything but that's not possible.
Archana told him while leaving his room, “Request your class teacher, she will help you undoubtedly. Keep hope, everything will be smooth.” 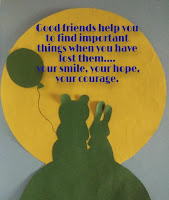 Once again he was in his deep thought.

Rohan took admission in the midterm of the session. He had shifted from another city so everything was new to him, but he managed to adjust to the changes soon. He comes from a very well to do family. Every day he used to take fancy stationery items as well as food items to impress his peers. He was good in studies as well as in sports, so very soon he became the popular face of the school. All these appreciations and limelight turned him into a self-conceited boy. Soon it started reflecting in his behaviour. He became rude and insensitive towards his classmates. He often insulted them. Though his peers were not revolting visibly, they started distancing from him. But Rohan paid no heed to the situation and continued harassing his friends in one way or other.

Once because of his fever, he was not able to attend his school for almost three weeks. When he went back to school, he realized the transition that had already been taken place in him and in the class.
Then he was not going to think further on this issue as he had a headache since afternoon, it was seven o’clock in the evening when he went to bed with a storybook. He tried to divert his mind, his mother was right; he would approach his class teacher the next day.

At that moment, the only ray of hope for him to get out of this situation was his teacher. So he gathered all his courage the next day and went to his teacher and narrated the entire incidents. He did not forget to apologize for his misbehaviour.

The following day, the teacher decided to have a group discussion on how positive thinking and forgiveness would give us new hope in life. Through the ideas generated by the students themselves, the teacher made them understand the agony of Rohan and the mistake they were going to do. Finally, the entire class understood the power of kindness and forgiveness and also the need for a good friend in their life. They all promised the teacher that they would be the light of hope for each other and would take care of each other.

Now Rohan is well accepted by everyone and now he is a changed person who is always ready to help others.


Friends are those who will pick you up when no one even noticed you have fallen. 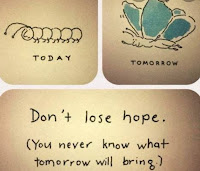