Humility and Appreciation- The essence of love and intelligence, not an achievement

Throughout the years, Saurabh, a great football player of his college, has been consistently told that he came across as an extremely humble person. He was good in both academics and sports in school. But, looking back, there are many reasons that made him learn how to remain humble.

It was the eighth grade when he played football for his school. As the captain of his football team, he was highly dedicated towards its success in a competition. But, eventually, they lost an important match.  Saurabh wanted to take a new call on that day. But, before he could realise his mistake, the team had already lost it.


It was an eye-opening experience in Saurabh’s young sports career. He felt like he wanted to escape from everyone as the idea of going to school the next day and facing his team was almost too much to handle. He knew that all would blame him for not taking the leader's role seriously and instead of being overconfident and smug.

The next day when he went to the school, he saw that some of his teammates were a little dejected, but they had no complaints against him, they discussed the game and everyone went on with their schedule as usual. Most importantly, his instructor didn’t say anything. In fact, he appreciated him and said, "Good call, Saurabh but maybe that wasn't the right time. Next time be prepared well in advance in order to not fall in a similar situation." Saurabh felt quite relieved listening to those words of acknowledgement and motivation.

He was completely stunned as his friends, team members and the instructor didn’t treat him differently. He had spent the previous night obsessing about the game and worrying about how everyone would react. He was still serving the team as the captain. 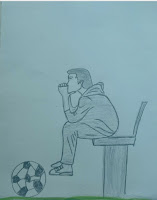 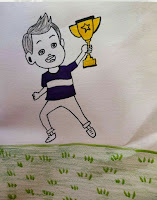 In the following years, his sports team went on to win championships and had other huge victories. For a short period, all eyes used to be on them. On that day, it hit him when his instructor called him to congratulate and said, "Achievements aren’t what really matter. Even a loser has its own winning side."

That’s when the humility scheme came in his life.