"Humility is not thinking less of yourself, it's thinking of yourself less." - C. S. Lewis

The subtle sunshine of the winter appears to be singing soothing lullabies, spreading its sweet warmth through your senses, lulling you to sleep. Yash stands at the window of his room enjoying the hue that the sun spreads equanimously. The cold wind blows across his face and makes him thoughtful about the incident that had taken place in the first period today. He is really ashamed of his conduct. He doesn’t know why he is so insolent sometimes. The situation always gets out of control due to his transgressions.

“Will she forgive me for my misdeeds? How do I approach her? What does she think of me? Why did I annoy her?” All these thoughts are eating him up at this moment. He closes his eyes for a while wanting to breathe in the fresh air blowing gently. The entire incident replays itself once again:
Today is Rohan’s birthday. Last night the children had planned Rohan's birthday celebration over the phone and Yash had allocated duties to the others.  They desired to give Rohan a surprise. He is completely different from Yash. He is quiet, well-behaved, with a lot of respect for his teachers. That’s why he is much adored everywhere. Sometimes he looks at Rohan with fascination, wishing to be like him. But what invariably takes over, every time is his short temper. At times his ill behaviour seems to be obnoxious to himself and he becomes helpless to control it. 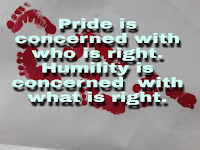 To his surprise, during the Morning Assembly, they were caught red-handed by the teachers while decorating the classroom for Rohan. Everything went wrong. All the items were confiscated. He knew that the school doesn’t allow anyone to celebrate birthdays. They were at fault as they had violated the rule. The previous day, Yash retaliated at this restriction imposed by the class teacher over the same issue.

At once he sensed a kind of palpitation, he had an intuition that the class teacher would be furious and would punish all of them. Unexpectedly, nothing happened. The teacher maintained a calm and composed demeanour but seemed to be disappointed at their behaviour. Stealthily, he gathered the courage to look into the eyes of the teacher; he felt that she was trying to hide her emotions from them. Probably, she was ashamed in front of the other teachers for the wrongdoings of her own class.

Involuntarily, his hands reached up to his collars and folded them neatly. He had been pulled up a number of times by his teacher for putting up his collar and his defiant body language. All of a sudden, he wanted to do the right thing and became cautious.

Now he is in Grade-IX, this same teacher had been teaching him since Grade –VI. As a result, only she knows him almost as well as does his mother. According to him, though she is strict at the same time, she showers abundant love upon him. How can he forget that once she rewarded him with the best student of the month Award? Yes, he is grateful to his grade teacher, it is only due to her, there is a lot of behavioural change in him. Suddenly he comes back to his own world looking around at the growing darkness.

During her next class, he feels restless from inside, waiting as he had been for the opportunity to speak to her alone. He becomes more apprehensive when she is about to leave the class-
“Ma’am, I want to tell you something!”
The teacher, his mentor, continues to look at him with the same affectionate expression.
“Yes, Yash! What is it?”
“Ma’am, I really repent for my mistakes. Please forgive me as I put you down in the presence of so many teachers,” he almost chokes over a lump in his throat as controlled tears roll down his cheeks. 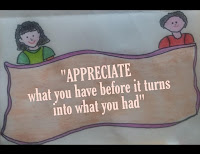 The teacher touches his head with more care than before, thus wiping out all his turmoil within a second. He feels whole again. All his turmoil gone - disappears in a blink. It is noteworthy to mention here that the greatest wisdom consists in knowing one's own follies and this act make the person humble.

Yash promises to himself to remain modest and to obey the rules of the school. Further, he doesn’t want to be the cause of disappointment to others.

Let us reverberate with the great poet, Rabindranath Tagore-“We come nearest to the great when we are great in humility.”

The transformation of the child was really commendable and praiseworthy.

Good read...an inspiration for the children who have the fondness for breaking norms

How the story unfolds is very interesting hence loved reading it. Teachers play such an important role in a student's life and can mould them into better/good human beings. An inspirational story for many, too.

Excellent story...It yet again proves the positive influence of a teacher for a student. Loved reading it