Responsibility and cooperation - Unity in diversity

A school in Thane had a musical band of 9 musicians, each one highly skilled at playing his/her own instrument (voice being one of them). There were five singers in the band, two boys and three girls. The instruments included in the band were congo, drums, guitar, and a base. All the instruments were played by boys from 11th standard. The singers were all from 9th standard. 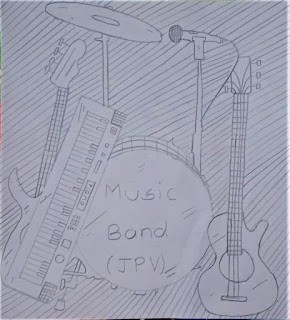 All the musicians were highly skilled individuals, but when it came to performing as a group, they just could not quite find the rhythm. This was because they all wanted to show their superiority to others. The teacher tried to explain to them that they needed to work as a team, rather than showcasing their individual excellence. But the students were reluctant to listen to their teacher.

They would participate in various inter-school competitions, both solo and group events. They used to win the solo events with ease but were unsuccessful in the group events due to their lack of teamwork. They practised, individually, for hours; but as a group, they always fell short.

A ninth-grader, Suraj, was selected as the keyboard player in the band. He was also proficient at the drums and tabla while being well-versed in singing. He knew the problems the band was facing. He saw how well the musicians performed individually, but failed to excel as a group. So he decided to make them understand the strength of unity.

He first analyzed the problem to its roots and found that the musicians lacked faith in their group, and were doubtful about the others' skills. So he devised a plan to make this right. He shared his plan with the teacher. The teacher approved of his plan and changed the pattern of rehearsal. 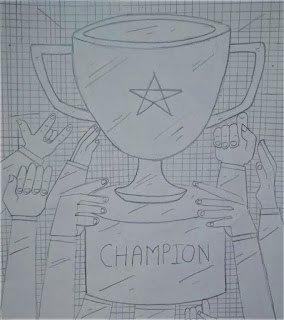 The next day, the teacher asked the singers to practise without the support of instruments. After some time, the singers realized that without instrumental support, the song was not at all effective. Then the teacher asked the guitarist to accompany the singers. That day the practice used one instrument at a time. In the end, all the students realized their mistake and understood the importance of each and every member of the group. They also understood that for a successful performance, everyone needed to play with complete dedication without trying to showcase their individual skill. After this incident, they put in 100% effort to perform their best as a group. Soon, they participated in the inter-school state-level competition. The band won the first prize and qualified for the nationals.

The teacher congratulated everyone, and especially thanked Suraj, as he had taken the responsibility of the band and got the members to cooperate with each other, and perform as a group.

“Individually we are one drop, but together we are an ocean.” – Ryunosoke Satoro.