Vaisakh Buddha Purnima, Buddha Jayanti) is a Buddhist festival that marks Gautama Buddha's birth, enlightenment and death. It falls on the day of the Full Moon in April, or May Buddha Purnima is the biggest day for Buddhists because, on this day, it is believed three essential events of the Buddha's life took place: his birth, his attaining enlightenment, and his death, Paranirvana. This day is known as Thrice Blessed Festival. 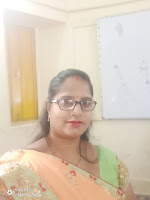 The birth anniversary of Gautam Buddha, the founder of Buddhism is celebrated as Buddha Purnima or Buddha Jayanti with much fervour across the world. It falls on a full moon day in the month of Vaisakh (April/May) according to the Hindu calendar. This year Buddha Purnima will be celebrated on May 7. In Theravada Buddhism, it is also observed as the day when Buddha, born as Prince Siddhartha Gautama (c. 563-483 BCE) attained Nirvana (salvation) under the Mahabodhi tree at Bodh Gaya, Bihar, as well as his death anniversary. The Vaisakh full moon day is the most important day in the Buddhist calendar. Several Buddhists go to the pagodas to pour water at the foot of the sacred tree in remembrance of the Buddha's Enlightenment.

Buddha Purnima is a significant festival celebrated with great pomp and fervour in countries like Sri Lanka (where it is called Vesak), India, Nepal, Bhutan, Burma, Thailand, Tibet, China, Korea, Laos, Vietnam, Mongolia, Cambodia, Singapore and Indonesia, though celebrations vary from country to country. Devotees of Buddha visit temples, light candles and incense sticks, pray and offer sweets and fruits before the statue of Lord Buddha. Sermons on the life and teachings of Buddha are held and attended by followers all over. People usually dress in white, do not consume non-vegetarian food and distribute kheer, as according to Buddhist lore, on this day a woman named Sujata had offered Buddha a bowl of milk porridge.

Many followers also free caged birds on this day as a symbol of empathy and compassion for all living beings, one of the most important teachings of Lord Buddha. In India, a large fair takes place in Sarnath, Uttar Pradesh, a major Buddhist pilgrimage site where Buddha is said to have delivered his first sermon after attaining enlightenment. The relics of Buddha are taken out for public display in a procession. Many Hindus also believe Buddha to be the ninth incarnation of Lord Vishnu. This year, with coronavirus pandemic and nationwide lockdown, now in phase 3, the celebrations are likely to look different.

Kavitha Devda
The Fabindia School
Posted by Bharti Rao - May 10, 2020