Leadership is an achievement of trust
We must be the poets of our own lives and of a new generation. Every teacher works hard to instill the values of simplicity and trust in the lives of his/her students. Have you noticed that simplicity and trust go hand in hand? The story of Rahul upholds both the values which are the greatest treasures of a human’s life.

Rahul was simple and kind but lacked good communication skills, was academically poor and had illegible handwriting. Ms. Ritu, his class teacher, tried using simple strategies to improve his weakest areas since the exams were approaching. However, the outcome was not encouraging. She had a counseling session with Rahul and realized that he wasn't afraid of hard work but was terrified of failure. The complexity of the subjects just added to his fear that eroded away his confidence. 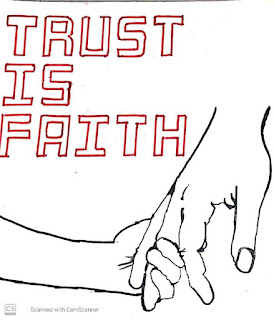 Ms. Ritu decided to explore alternative ways of helping Rahul. She tried simple methods by creating situations where he could rely on her. She first made him realise that she trusted him completely - a slow but steady process. Later, she analyzed his study pattern, gave practical suggestions and then reminded him to read the lessons thoroughly by creating mind maps.

The simpler she began to make the concepts, the more it helped improve Rahul’s efficiency and focus on studies. He started scoring good marks in weekly tests as well as improved his communication and writing abilities.  The class began to notice and appreciate his efforts. Ms Ritu often reminded him of the famous quote “It is always the simple that produces the marvellous”.

Rahul believed in those words strongly and it encouraged him to thrive as a student in the class. When he shared his story of transformation with his classmates, he never forgot to highlight his teacher's trust in him. The teacher praised his simplicity, his patience and faith which had brought him success. 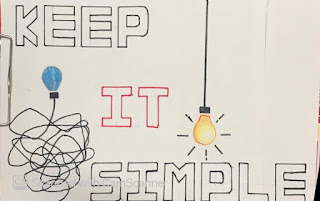 “Be all in or get all out. There is no halfway.”
Optimizer@Billabong High International School Thane - Madhubala Saji, Kalyani Chaudhuri, Ajita Bhoir, Rupal Trivedi, Kshama Rajgor, Momita Banerjee, Sanket Patel.
Posted by Optimizer BHIS - May 06, 2020