Of course, I know I am a slow learner! You think I have been blind to the little nudges, whispers and jokes around me? Or the frustration in the eyes of the adults in my life? But I do not give it much thought. It would make my life too complicated to handle. I live one day at a time, observing everyone. I also love it when the achievers get applauded in class! You must believe me if I tell you that I clap the loudest! 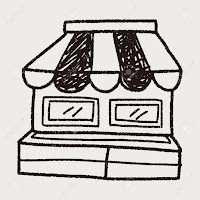 To a 15-year-old, like me, the Commerce Fest at School felt like a Carnival. The teachers made me realise that this would be no fun and games if I were to man a stall. I would have to be responsible! I did not think of all this. I love eating pizza; so, we had to have a pizza stall, whatever may be the teacher’s plan!

My teacher did not try to dissuade me from my dream of having a pizza stall. But she did try to work out the costing with me. How could I buy these and sell them to make profits? Why would anybody want to buy pizzas that were more expensive than the shops? I had to make a profit so that the proceeds could be given to the village school, in Dahanu, I had visited a couple of months ago. I really liked that school. I had even made friends with some of the village boys there. Now, I truly wanted to help them. So, no pizza stall. 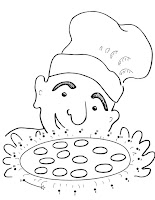 I spoke to some of the friends in class and then to the school cafeteria manager. I knew what I had to do. It was very simple. To make a profit, don’t do what you want; do what your customers might want! My food stall was in place. I would sell mineral water! I bought the bottles for Rs.12 each and sold them for Rs.15. So, returning change was not a problem. Another friend made lemonade and sold glass for Rs.10 each. All that I had learnt in class about cost price, selling price and profit margin – made so much sense! I ran to my teacher and asked her to check if I was making profits!

By the end of the day, I had to arrange for numerous supplies of chilled mineral water and my friend had to organise more lemonade. When the profits were calculated, my teacher incredibly, yet happily, declared, “Aman has made the highest profit for the school! Congratulations!” I knew I had her trust.

I also know that the nudges and whispers will now be about Aman’s strong common sense! Let’s call it business sense, shall we?

In a classroom of 30 students, each child is acknowledged to be unique in his/her special way. On one hand, there is Karthik, filled with the need for attention, flashing his expensive watch and earning the popular vote with his witty repartees. Contrarily, there is the naïve, humble and caring Dhyan. Since opposite values are complementary, one recognizes and appreciates both for their individual charisma and what they stand for.

On a busy Monday morning, Karthik was asked to distribute worksheets to all. He, deliberately, choose not to give Dhyan’s class worksheet as he wanted to copy down the assignments and complete his own patchy work. Dhyan, a sincere student, brought it to the notice of the teacher that he had not received his worksheet. The teacher, troubled that the worksheet might have been misplaced, replied that she would check for it as soon as she was free to do so. This was necessary as the date for assessments was close. After the dispersal, the teacher looked everywhere for Dhyan’s worksheet, but in vain. Karthik had flawlessly planned to return the worksheet the very next day, after photocopying it and then quietly keeping it on the teacher's table. He was successful in carrying out his plan. 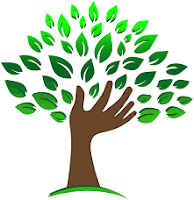 Deciding not to raise a hue and cry over it, the teacher began to teach. She pretended as though nothing had happened, despite her suspicions. Fortunately, Karthik’s plan of deceit was flawless, as was his little heart. By the end of the day, he could no longer conceal the guilt he felt. He confessed to his misdemeanour to his teacher and profusely apologized to Dhyan. Karthik chose integrity, took the simpler path and gained the teacher’s trust in return.
In the classroom what can be more fulfilling for the mentor-teacher than nurturing the little saplings – that will surely and steadily grow into shade-giving trees?